More bangs for your buck: America’s most haunted hotels

This Halloween, US hotels are serving up much more than room service 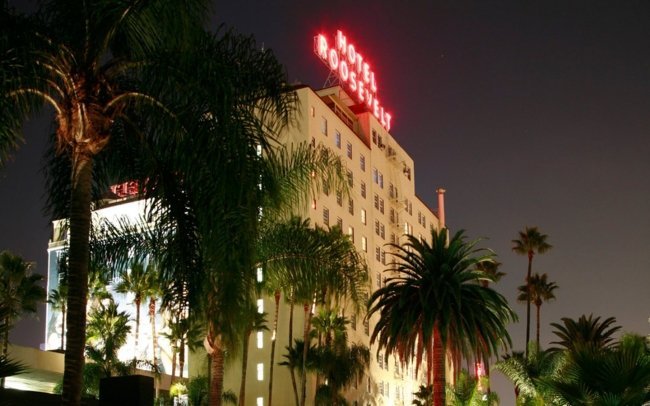 Two years ago I took a Halloween tour of The Palace Hotel in San Francisco, a hotel we were told by guides was one of the most haunted in the United States. But it isn’t.

Nor is the spooky-looking Oregon property, Timberline Lodge, which served as the exterior of the ‘Overlook Hotel’ in the Stanley Kubrick classic, The Shining.

The Stanley Hotel in Colorado, the inspiration for the Stephen King novel upon which the film was based, and rather widely believed to be haunted, isn’t either.

Guests have experienced unexplained noises and visions, probably of Gangster Thomas “Fatty” Walsh, who was shot and killed at a crowded party on the 13th floor during Prohibition – or possibly by the countless WW2 soldiers who died there when the hotel served as a hospital.

The ghost of Marilyn Monroe, who posed for her first ad on the hotel’s diving board, has allegedly appeared in a mirror once hung in her poolside suite.

This property is allegedly haunted by a 19th century whiskey salesman, whose ghost lives in the closet of Room 303 and plants sobering kisses on sleeping female guests.

The New Yorker magazine was founded here, as were the spirits of the infamous Round Table literary group, who apparently roam the dining room and lobby. [I knew writers led lives of desperation – that or they really don’t accept the final draft.]

Another guesthouse turned hospital turned guesthouse, the oldest hotel in Savannah saw thousands of deaths during the Civil War and two yellow fever epidemics. Reported phenomena include strange noises and the feeling of cold hands around guests’ wrists, as if nurses were taking their temperatures.

The adopted daughter and housekeeper of Henry Doherty and his wife, who lived in the hotel, died mysteriously in the property’s Ghost Suite, and are apparently responsible for turning on TVs and lights in the middle of the night, amongst other creepy things.

Built in 1772, this inn flaunts its past with its jail themed decor. Guests report cool gusts of wind when it’s hot outside and no windows are open, particularly on the hotel’s third floor.