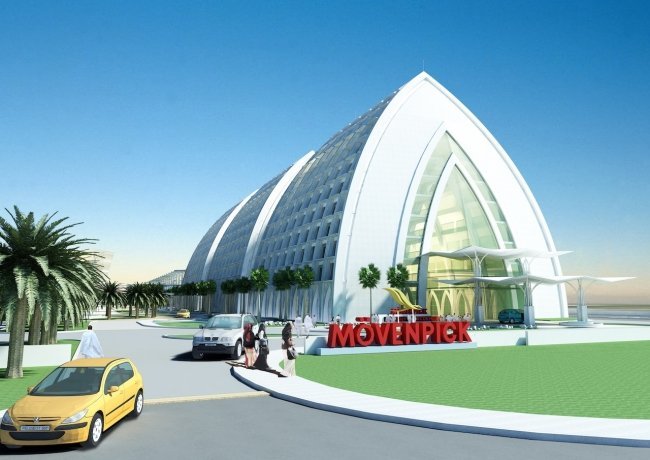 HIJJAS Architects + Planners has worked on some of Malaysia's most eye-catching architectural projects, including Putrajaya International Convention Centre (PICC), Putrajaya Masterplan, Shell Tower in Kuala Lumpur and the Telekom Malaysia Headquarters. It was also responsible for the incredible Malaysian Pavilion at the 2015 World Expo in Italy.

The project is already garnering considerable attention in Asia and recently won the "Best New Hotel Construction and Design" accolade at the Asia Pacific Property Awards’ Malaysian edition. This means the property is now in the running for the global title, which will be decided at the International Property Awards in London this December. 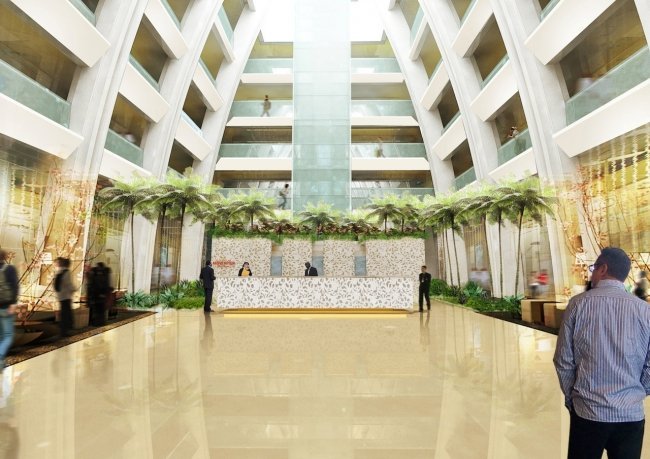 "Mövenpick Hotel & Convention Centre KLIA is an integrated facility designed to the highest possible standards," commented Amir Hamzah, whose impressive credentials in the field of Islamic architecture include the design concept for the extension of the Al Haram Grand Mosque in Saudi Arabia.

"The development is a harmonious fusion of Malaysia's modern vision and its rich and colourful local culture. It blends soft building forms and multi-layered green landscapes to create an oasis that will be well remembered by guests," he added.

The exterior of the hotel features intricate patterns influenced by Islamic geometric art and Kufic script – the earliest style of Islamic calligraphy that was used to record the Qur'an. These designs also extend to the banquet hall's ceilings, creating a dramatic three-dimensional effect.

A series of interior columns reflect some of ancient Islam's greatest architectural wonders, such as the Alhambra in Spain, while the hotel's distinctive "lancet" archways pay homage to the style widely used in buildings across the Muslim world, including Turkey and Iran. 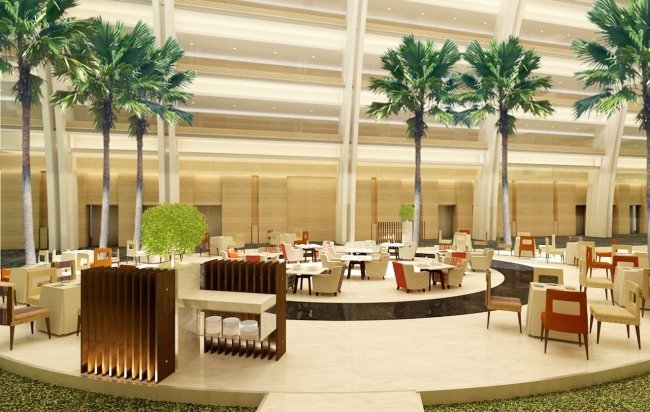 The hotel is set in 7.2 hectares of landscaped gardens featuring greenery, reflective pools and streams. The design scheme carries this bright, tropical ambience inside the hotel, exuding a sense of space and light. This is especially notable in the breathtaking atrium, with its dramatic 9 storey high open space and glass elevators.

Guests will also be able to access the Convention Centre directly from the hotel, providing a seamless experience for conference delegates and hajj pilgrims. Housing a vast 1,500-guest banqueting hall, pre-function area, exhibition hall, ten seminar rooms, VIP lounges and other facilities, the conference centre will serve as the departure hall for Malaysia's hajj operations and as a major host venue for international exhibitions and conferences.

Mövenpick Hotel & Convention Centre KLIA will feature a total of 333 rooms, including luxurious suites with up to two bedrooms, plus an executive lounge and six dining outlets. Separate leisure facilities will be offered for male and female guests, including swimming pools, fitness centres and spa facilities. The hotel will also feature four modern meeting rooms, two boardrooms, a children's pool, playground and tennis court.

Thanks to its convenient location, stunning features, exacting service standards and extensive amenities, including one of Malaysia's largest convention centres, the hotel will provide all the facilities needed for Malaysia's rising number events, conferences, and annual hajj pilgrimages.