It was the first night of a three night stay and Susan and her six year old granddaughter were just getting ready for bed when the phone in the room rang. It was the hotel manager.

“The man is screaming at me. He was saying, ‘You get out now. I call the police,’” Susan told WXIA.

Susan initially dismissed the call, thinking it was a prank, but soon a police officer arrived to escort her and her granddaughter off the property in Atlanta, Georgia. 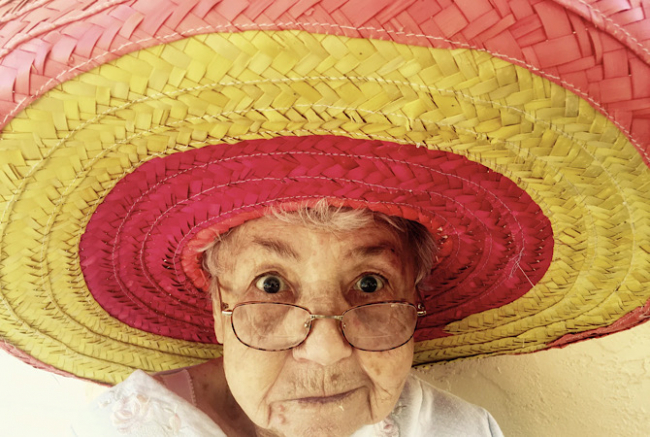 “My granddaughter’s like clinging to my leg and crying so hard. This was scary. This was just horrifying.”

The police officer helped them find another hotel which the pair walked to in their pyjamas, The Independent reported.

The hotel manager reportedly told the 911 dispatcher (yes, he called 911), “We are getting ready to refund because they have reviewed that the room is dirty and the place is rundown”.

According to the police report, the reason hotel management wanted Susan and her granddaughter removed was because Susan “had given the motel a bad review”.

“They can truly kick me out for giving a review of three out of five?” Susan says she asked the officer.

Speaking to WXIA, the hotel manager said that Susan had called multiple times with complaint.

“We let her know lots of times to stop calling us. If you’re not happy, change the room or leave the place,” he said.

“They called me at least 10, 11 times in maybe one hour… Everything is not right.”

Susan had booked the hotel through Hotels.com and blames the site for sending teh review to management while she was still at the property.

“If you don’t want to be walking in your pyjamas with your six-year-old granddaughter, don’t leave a review if you’re currently still at the place.”

In a statement, Hotels.com told The Independent that the property in question had been temporarily suspended from their platform as they investigate.

“Hotels.com has a zero-tolerance policy regarding retaliation and we will remove any guests, hosts and/or properties from our website who exhibit or promote such behaviour in-stay or offline,” the company said.