The hotel pools you should probably avoid

Remember all that stuff we were told about swimming pools? Don’t swim less than 30 minutes after eating or you’ll get cramps so severe you’ll drown. Don’t wee in the pool because the water will change colour…

And then swim up bars became all the rage and now adults are happily sitting in the pool gobbling up bar snacks, swigging back cocktails and never leaving to wee because they’re weeing in the pool! Gross. 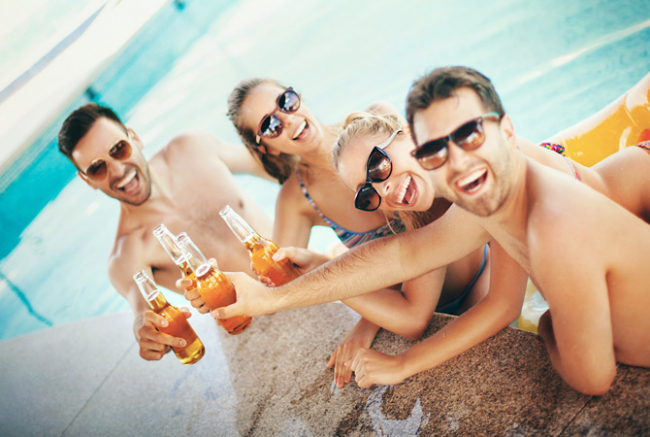 "Pro tip: avoid the pool with the swim-up bar," TikTok user @twofoodpiggies posted in a video of a Mexican resort’s pool bar.

The pool has tables, around which people are sitting or standing and drinking. Nothing wrong with that.

But then @twofoodpiggies said that "One girl didn’t understand why some people were leaving the pool to use the washroom". Let that sink in for a minute.

While the original poster may have been expecting general disgust at the thought of adults seeing in the pool, instead people commented with, "That's what the chlorine is for hun” or "Deeerrr that’s the point of the swim up bar you never have to leave”.

However, one person said, "I’ve stayed at this hotel. I watched people sit at the pool bar, drink all day and not get out. I did not use that pool".

One person was particularly concerned by the comments.

“The amount of people admitting peeing in a pool in this comment section disgusts me.”

It’s definitely not a rare occurrence. Back in 2012, Olympic champion Michael Phelps told the Wall Street Journal that "I think everybody pees in the pool.”

"It's kind of a normal thing to do for swimmers. When we're in the pool for two hours, we don't really get out to pee. We just go whenever we are on the wall.

"Chlorine kills it, so it's not bad."

Phelps, though, is not a scientist.

According to the US Centre for Disease Control, weeing in the pool not only decreases the amount of chlorine available to kill germs, but it also creates chemical irritants called chloramines which can irritate eyes and skin as wells as trigger respiratory symptoms such as nasal irritation, coughing, and wheezing.

Please don’t wee in the pool.