Given its position in the middle Vila Bay, Iririki edges into postcards of Port Vila and minds of prospective visitors to Vanuatu before any other property. So is it worthy of the honor? MARK HARADA finds out at the recently reopened resort.

More than any other hotel, and arguably institution, Iririki Island Resort & Spa is synonymous with Vanuatu, particularly with capital Port Vila. It’s mostly down to its location; Iririki sits in Vila Bay, directly opposite downtown, and just minutes from the mainland via the resort’s 24-hour ferry service. But Iririki’s success isn’t just down to its location. 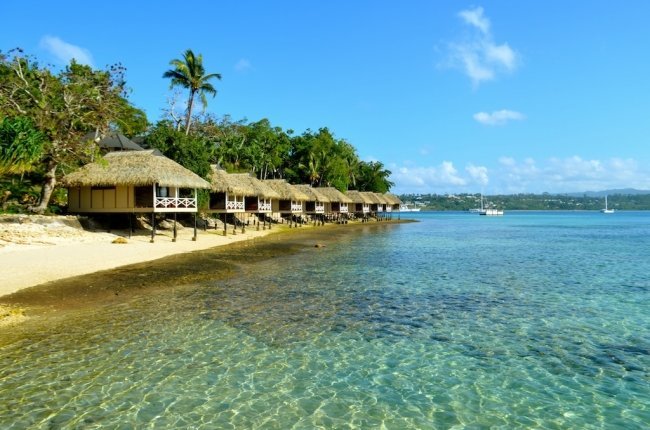 The room Located among lush gardens just a minute’s walk from the resort’s reception, my room (23) is one of the property’s Island Farés. Views of the harbour (towards town) from the balcony are fantastic, as is the room, which features attractive dark timber floors and furniture in a tropical motif. The island theme continues in the bathroom with a cool turtle-shaped hand basin and large open shower.

As you’d expect of a luxury resort, the bungalow-style room also has all the mod cons, like fridge, air-conditioning, TV and wifi (which from my room however, is admittedly sketchy). Elsewhere, the resort offers premium overwater farés and modern suites, with a mix of pool and ocean views. 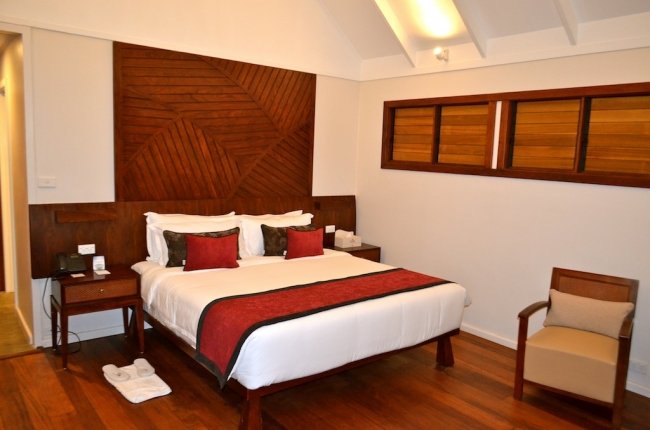 The service Lead by the charming, guest relations manager, Mademoiselle Lili (whose business card reads as much), the staff at Iririki are well drilled, thoughtful and as you’d expect in Vanuatu, super-friendly. I particularly like check-in, which is accompanied by a cold towel and juice, and very good first impression of the property.

What’s hot in Vanuatu, and where to next for Aussies?

Cruising, the would-be king of Vanuatu

Vanuatu on show, and very much open for business 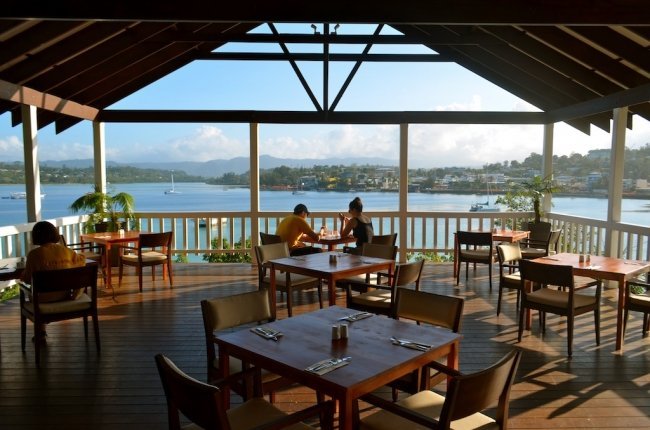 Where to eat? Most of Iririki’s dining revolves around Azure Restaurant, which overlooks Port Vila harbour and specialises in local seafood and produce from Iririki’s own fruit and vegie gardens. Adjacent to the restaurant is the Infinity Bar and Café, which serves up light snacks and cocktails by the large Infinity pool; this is definitely the place to be come dusk.

On the other side of the island, which is easy to traverse thanks to the resort’s many gold buggies, there’s the Sunset Café and Restaurant, and Jewel Lounge and Bar at the new casino. What to do? Most of Iririki’s activities (surprise, surprise) revolve around its excellent watersports, which include great snorkeling, kayaking, swimming or just lazing by one of the island’s beaches or pools. But you can also hit the gym, hire a bike or even swing a racquet on one of the resort’s tennis courts. And best of all, most of the activities are free to guests.

Otherwise, there’s the casino, where you can play blackjack IN the water (on the world’s only overwater blackjack table!) or head to the new spa, which is perched at the top of the island.

On the mainland, for something a little different, try Vanuatu Jungle Zipline, which boasts two cool zipline courses that traverse through lush jungle and across deep ravines. Located in the mountains near town, the views from the zipline café are worth the visit alone. 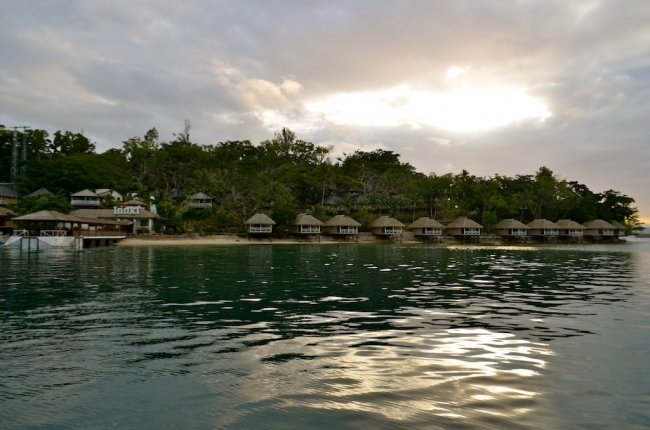 Verdict? Iririki Island Resort & Spa general manager, Anthony Pereira, told me the resort would need several months after its May 1 re-opening to lift business back to pre-Cyclone Pam levels. “It’s like a new resort now,” he said proudly of the property’s refurbishment.

And Iririki could still improve on a few things, like do away with taking cash/card deposits at check-in (which I need to pro-actively have reimbursed upon departure) and stock its minibars with more than just a couple of bottles of water (if you fancy having a private drink on the wonderful balcony).

But overall, Iririki Island Resort & Spa’s staff, its luxury, and most of all position, make it tough to beat for travellers to Port Vila.

The writer was in Vanuatu as a guest of the Vanuatu Tourism Office.