What makes us feel unsafe in hotels, & how do we stay safer?

Hotels take customer safety and security seriously, as do their guests. But obviously, some travellers harbour more concerns than others when staying in a hotel, resort or hostel.

Probing the most frequent traveller demographic, the business traveller, travel management company Carlson Wagonlit (CWT) found that almost one in three (30%) Asia Pacific travellers – and one in four (25%) Australians – expressed concerns over safety in hotels.

The number one concern for hotel guests is intrusion, with nearly half (50%) of Aussies polled admitting to worrying about intruders in their room. 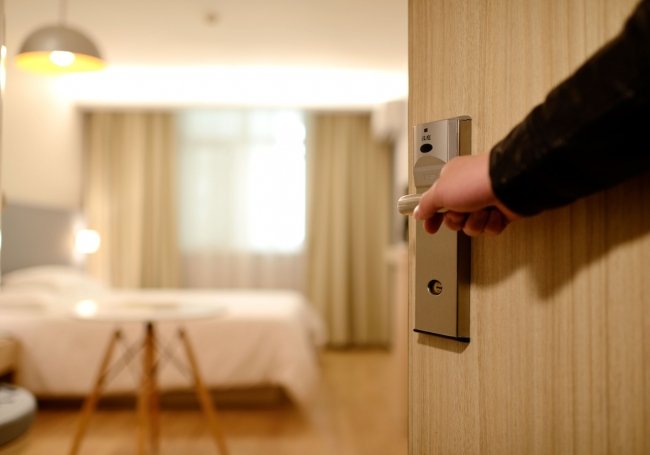 Four in ten (41%) worry about hotel staff accidentally handing over their room key or data to a stranger – a fear shared by one in three (32%) of Australians – while another four in ten (40%) fear disruptions caused by other guests.

Elsewhere, a third of respondents flagged fires (36%) and terror attacks (33%) as key concerns.

Around 15% of Aussies said they didn’t worry about any of these factors when staying at hotels, making Australians also some of the most carefree travellers.

When it comes to the precautions travellers take to stay safer at hotels, most (75%) admitted to making the obvious measure of keeping their door locked at all times.

“While most hotel rooms lock automatically, a number of solutions available on the market can provide an added layer of security,” said David Falter, President of RoomIt by CWT.

Other measures taken by travellers include taking the room key out of the key folder (37% overall) so people can’t link it to their room, and putting the Do Not Disturb sign on the door when they leave, with two in five (42%) Aussies using this tactic.

Meanwhile, almost a quarter (23%) of travellers opt to stay on a higher floor when possible, while 15% desire a lower floor. Two in ten (21%) avoid staying on the ground floor.

“Security experts typically advise staying between the third and sixth floors, where it becomes difficult for an intruder to break in, but you’re still within the reach of most fire departments’ ladders,” Mr Falter remarked.

The CWT study also found that business travellers value hotel rewards over safety, with more than a third (37%) of Aussie road warriors saying they would choose points over personal security. This placed them as the fifth most likely in the world to do so.

What are your main safety/security concerns when staying at a hotel? And do you take any extra precautions during your stay?