Where the Socceroos, and World Cup stars will stay in Brazil

The Socceroos will be on a tough regime while they’re in Brazil, but at least they’ll be staying there in style. 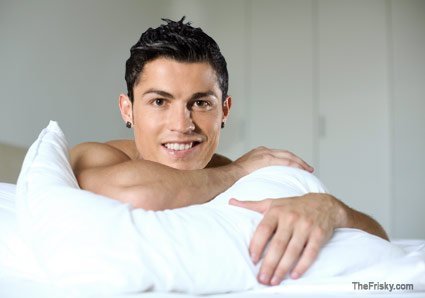 Football’s stars will have more than just the FIFA World Cup Trophy to play for in Brazil; they’ll also be competing for the chance to stay longer in the country’s exclusive resorts.

While some accommodation will focus on player preparation, others are simply offering the best of Brazilian weather and beaches.

According to HotelsCombined.com, here’s where a few of the teams will be bunking down during the tournament:

This resort is set on an island off the east coast of Brazil, and will allow the Socceroos to prepare in a quiet and relaxing environment. Hopefully, they’ll be able to celebrate some success by the resort’s piano bar, whilst enjoying the property’s beautiful sunset vistas and ocean breezes.

Fellow Group B contenders and 2010 finalists, the Netherlands has selected a hotel situated at Rio’s most popular beach, Ipanema. Aussie fans will be hoping the Dutch players will be distracted by the Sofitel property’s seaside location, which boasts nearby boat excursions and jet ski hire as well as shopping and nightlife.

Perennial WC under-achiever, England, has chosen a five-star, beachside hotel to ‘motivate’ itself. If it suffers the ignominy of another early exit, at least the team will be able to make use of the property’s pool, sauna and hotel salon.

On the outskirts of Rio, four-time champion Italy’s choice of accommodation comprises two full-size training pitches, a floodlit volleyball court and six tennis courts. Despite being a more modest 3.5 star property, the resort is set on its own beach, with some of the rooms offering direct ocean access.

The French team’s hotel offers three pools and a fitness centre as well as tennis and beach volleyball. A five star luxury resort, the property also features an onsite football pitch for training (and you can bet, a pretty good restaurant).

Located ten minutes from the centre of Sao Paulo, the American team’s hotel is set in a lush garden estate and has spacious rooms with modern fittings. The property boasts a spa, a fine-dining restaurant and the largest presidential suite in Latin America.

In a secluded setting, the five-star Bourbon Hotel Cataratas is located on the borders of Brazil, Argentina and Paraguay. Tropical gardens surround the property, which boasts two swimming pools a tennis court and a day spa as well as nearby shops and boutique stores.