Why Disney's not taking the mickey in Hawaii

There's a mouse in the house

As a born storyteller, Walter Elias Disney would no doubt be delighted with the way his successors are maintaining his legacy at the Hawaiian resort that bears his name. Aulani – A Disney Resort (https://resorts.disney.go.com/aulani-hawaii-resort/) is everything you would expect from such a place. It is chock full of activities to keep the kids – both big and little – amused for hours. The daily activity sheet reads like the assembly instructions for a nuclear missile.

But what I didn’t expect was how much time, money and effort has gone into maintaining the local Hawaiian culture throughout the eight hectare site, which opened in 2011.  From the moment you arrive in the impressive and expansive reception area, the story of Hawaii, its people, its art and its history are on display.

Aulani means ‘the place that speaks for the great ones’ and authenticity is everywhere, from one of the largest collections of contemporary Hawaiian art in existence to the traditional music piped through the hotel speakers. Even much-loved songs from Disney movies and shows are sung in Hawaiian while children are encouraged to explore the local culture through interactive games. As my guide from the resort explained, this is Disney with a small ‘d’ but Hawaii with a capital ‘H’.

Not that all the usual trappings of a Disney-themed resort aren’t here. You’ll still get to take your picture with Donald Duck, Goofy and Stitch, while the queue for Mickey Mouse is still the longest in town. He may be 87 years old but the guy can still draw a crowd! There are water slides, snorkelling with 45 different species of fish, spas for adults and teens, a kids club and more daily activities than you can shake a pair of mouse ears at. But there are no fairytale castles, roller coasters or space age animatronics and for me, it’s all the better for it.

We stayed in a standard ocean view room and it was perfect for our needs, with a double bed formy wife and I and a pull out sofa bed for our 14-year-old daughter. We also had a microwave and toaster for any in-room catering and our balcony afforded views over the whole resort. If I’d won the lottery ahead of my visit, I would have definitely upgraded to a three-bedroom villa, which was luxuriously appointed and ultra comfortable, complete with a TV built into the bathroom mirror! 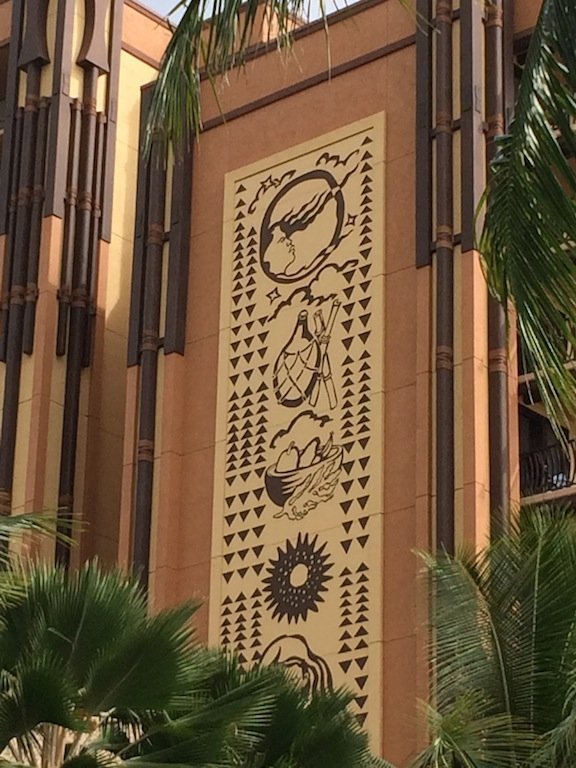 Previous travel writers have gone into chapter and verse about what a stay at Aulani offers so instead let me give you my highlights package. Apparently there’s no statute of limitations on the number of times a grown man can hurl himself down a water slide attached to a yellow inflatable tyre. I still got a buzz from having my picture taken at a must-do character breakfast with Mr Duck and Mr Dale. And the food at the signature ‘Ama’Ama restaurant was anything but Mickey Mouse, featuring a grilled Kurobuta pork chop on a bed of herb coconut rice with a Malaysian peanut sauce that was even more delicious than Justin, our ever-helpful waiter, suggested it would be.

Okay, a Disney resort might not be everybody’s first choice when it comes to a Hawaiian holiday. But with a few adults-only areas dotted around the place and a great private beach to watch the eponymous sunsets, Aulani is definitely a place where everybody can feel the magic.