This simple and seemingly innocent action has likely got hotels worried about my in-room behaviour. Are you guilty too?

It’s become second nature, akin to locking my home door on the way out: when staying at a hotel, I hang the Do Not Disturb sign on my door. And the sign will likely stay there for the duration of my stay. Hardly cause for concern, right? Wrong.

Turns out this simple and seemingly innocent action (undertaken because I can make my own bed, don’t require a fresh towel for each shower, and prefer to avoid giving unnecessary people access to my room and my belongings) is what criminals do. 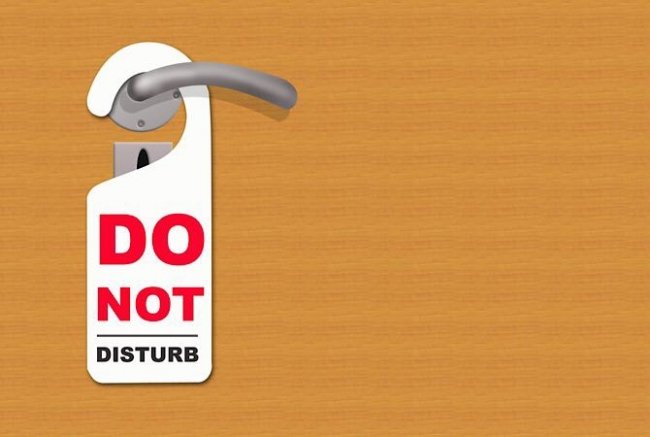 According to US lawyer Stephen Barth, who teaches at Houston’s Conrad N. Hilton College of Hotel and Restaurant Management, Do Not Disturb signs have conflicted with the hotel industry for some time.

“It started with meth labs, where customers were making meth in a hotel room, then you also have prostitution and human trafficking—all those things,” he told CNT.

And then, in October last year, Stephen Paddock hung a Do Not Disturb sign on his hotel room door for several days, concealing the ammunition he would later use in the deadliest mass shooting in US modern history.

Hotels began changing their policies. Disney is reportedly in the process of changing Do Not Disturb signs to Room Occupied ones across all its hotels, advising guests that hotel staff must inspect rooms every 24 hours.

Likewise, Hilton’s housekeeping staff now slip a card under the door of rooms bearing the sign, warning that, should entry be barred for 24 hours or more, management can arrive to inspect the room.

I’ve received these types of cards many times, and have even been called repeatedly to assure staff that I’m okay.

Sure, it can seem an invasion of your space and privacy, but as US hospitality lawyer Chris Johnston explained to CNT, we really have little say in the matter.

“Part of every agreement to rent a room at a hotel is a waiver allowing hotel staff and employees to enter the room for a whole list of reasons, to check on the welfare of the guest or the maintenance of important mechanisms like AC,” he said.

“The Do Not Disturb sign has no value between the guest and the hotel, unless the contract they sign states as such.”

But CNT thinks it unlikely that the sign will disappear altogether. There are other bed-makers and towel re-users like me out there and apparently we’re saving hotels money. They just need to check in on us every now and then.