Why Melbourne’s newest luxury hotel couldn’t be anywhere else

It’s almost 11am in Melbourne. Across the city, dark brown gold drips from polished espresso machines, a sea of black coats fill colourful laneways, and always in the distance, a tram bell tolls.

We’re angling for a picture of the city’s Lord Mayor Sally Capp, luxury property developer Jonathan Hallinan of BPM and Mantra Group director of operations Mark Hodge as they ceremoniously cut the ribbon to announce the opening of Melbourne’s newest luxury hotel. 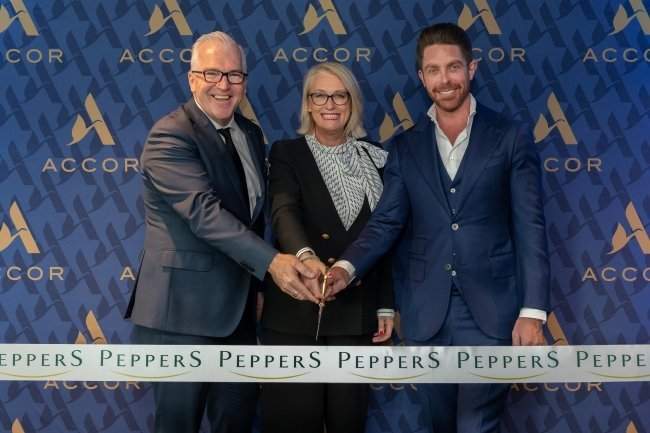 Shadow Play by Peppers is Accor’s 51st property in Melbourne and the second Peppers offering. But it’s not like other hotels. The building, says BPM, “has taken courage”, towering and curved, it casts an inimitable shadow and reflects the city back on itself.

We’ve come in the wrong entrance. Or so we think. Surely this is one of those bars I’m not cool enough to be in. But we’re soon greeted in a flattering low light that follows us to the lifts. Dark walls are suddenly broken by sharp white corners and our room is both curved and geometric, dark and light. “Melbourne is undergoing an era-changing transformation as a new wave of lifestyle, design-driven hotels enters this market,” Hodge told guests this morning at Shadow Play by Peppers official opening.

“This growth is changing the face of the city’s accommodation sector. With this striking hotel design Shadow Play by Peppers plays a key role in this transformation.” 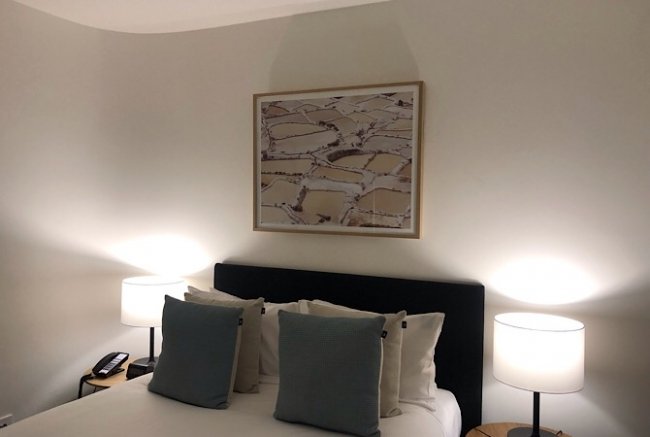 But its design is just a feather in the hotel’s fedora.

Lord Mayor of Melbourne Sally Capp attests that the property will be “an absolute asset” to the fast growing city.

“Melbourne is booming in terms of economic performance very much driven by the fact that we’re the fastest growing city in Australia,” she said.

“In fact Melbourne is the fastest growing city of all the developed nations in the world.”

And with that comes an influx of visitors. Melbourne is the number one destination for interstate visitors and welcomes two million international guests every year.

“The demand for luxury product is huge,” Capp said.

And Shadow Play by Peppers is luxurious, but like Melbourne there is little pretension. At Edwin Wine Bar & Cellar, the sommelier is happy to chat to my three year old about which Disney princess is better while simultaneously highlighting the benefits of their gender balanced wine list and the rooms, while sophisticated are family friendly. Just like Melbourne.

Stay tuned for Traveltalk’s review of the property.