"Las Vegas is committed to providing the best possible venues, service and experience for trade shows and meetings, and being named the country’s number one destination for a 23rd year in a row is an honour,” said Rossi Ralenkotter, president/CEO of the Las Vegas Convention and Visitors Authority (LVCVA). 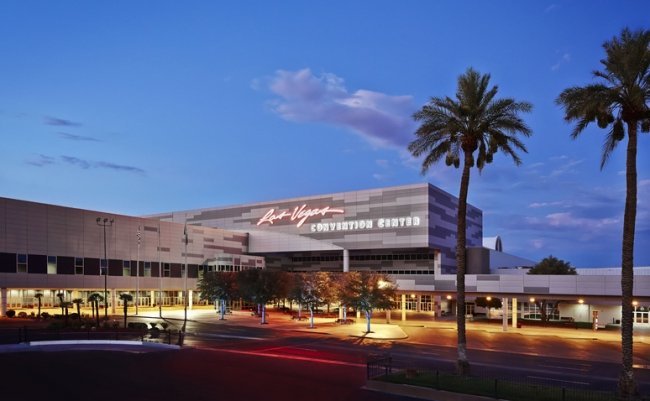 “We are determined to maintain this distinction through our commitment to always staying ahead of the competition and listening to our customers. To continue to provide the best possible experience for our customers and potential new clients, the LVCVA is expanding and renovating the Las Vegas Convention Center to meet those needs. Vegas means business, and this investment in our future is crucial to remaining the number one business destination.”

The coveted list by TSNN represents the largest 250 trade shows held in the country each year, ranked by net square footage. According to TSNN’s rankings, the Consumer Technology Association’s CES 2016 show again secured the top spot with more than 2.47 million square feet of exhibition space across several Las Vegas convention facilities, welcomed more than 3,800 exhibitors and more than 177,000 attendees.

"Once again, Las Vegas snagged the number one spot of the 2016 TSNN Top 250 Trade Show List," said TSNN President Rachel Wimberly. "It's no surprise that so many shows choose Las Vegas as their host city, with all the amazing convention facilities, restaurants, hotels and entertainment possibilities, along with much, much more, it has to offer."

The LVCVA is committed to maintaining the destination’s top spot on TSNN’s list. In October 2016, the Nevada State Legislature approved legislation to help fund the expansion and renovation of the Las Vegas Convention Center. The project will add 600,000 square feet of exhibit space, new meeting rooms and other amenities, as well as renovating the entire existing property. The project will continue to cement Las Vegas as North America’s premier business destination, allowing shows to grow in both square footage and attendance.

The destination has already hosted its 2017 largest trade show by square footage, CONEXPO-CON/AGG, which clocked in at 2.8 million net square feet. On 6 April, 2017 leaders from across the meetings and events industry will come together to support the second annual Global Meetings Industry Day (GMID).

Las Vegas will join destinations across the globe in celebrating GMID to demonstrate the measurable impact that meetings have on businesses, economies, and communities. In the days leading up to GMID, Las Vegas will also play host to what could potentially be the most global of all meetings, the World Trade Center Association General Assembly. During this time, The LVCVA and industry partners will host a group of international and meetings-industry media to share a number of unique and behind-the-scenes experiences showcasing the latest Las Vegas meetings news.