Carriers are selling tens of thousands of flights on Boeing 737 Max 8 and Max 9 aircraft for later this year despite regulatory approval of the planes still pending.

European carriers TUI and Norwegian, along with US operators Southwest, United Airlines and American Airlines, are among those selling Max 8 and Max 9 flights for November and December 2019, with some 32,600 services for the aircraft already booked, The Sunday Times reported. 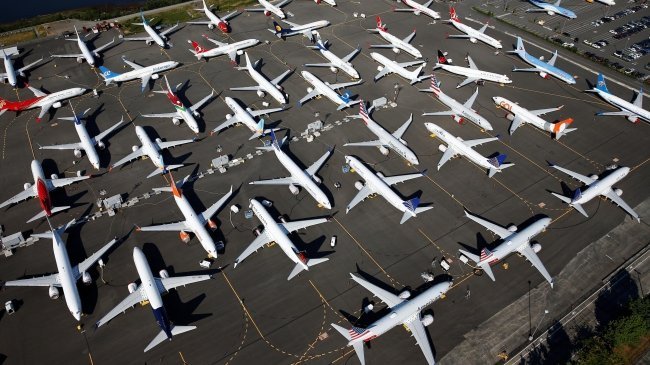 The Max models have been banned from flying since March this year after two crashes involving the planes in October 2018 and March 2019 killed 346 people.

The US Federal Aviation Administration (FAA) and regulators around the world have not announced when the aircraft will be allowed to fly again, leaving airlines guessing as to when they can market flights using the jets.

But that hasn’t stopped some carriers from selling Max 8 and Max 9 flights for just after the time they understand the aircraft will return to the skies.

OAG Aviation data shows that around 17,512 flights have been booked for the planes in November, and 15,114 in December.

As for customers who don’t feel comfortable flying on the jets, many airlines including Southwest and American are offering free changes to flights on other planes.

However, one passenger told the Times that AA had refused him a refund for his Max flight in December.

“The thought of the holiday now sends a shiver down my spine," UK travellers Chuni Kahan said. "I don't want to be a guinea pig".

Whilst not making “any announcement regarding specific rebooking policies once the MAX comes back into service,” American Airlines said it would “always work to ensure we have policies and procedures in place that take care of our customers”.

“Mr. Kahan, along with all of our customs, can be assured that an American Airlines pilot would never operate an unsafe aircraft,” an airline spokesperson told Business Insider.

"However, once these policies are rolled out, they will assist our customers if they are still concerned flying on the MAX."

A June poll by UBS found that two in three Americans wouldn’t trust the Max plane until they had been in service again for six months.