A new study, says ... not really - at least when it comes to nationality

So much for the tribal traveller ... a new study has found that the vast majority of Australian travellers would prefer to hang with people of other nationalities than those of their own. And that’s probably the way it should be, right? 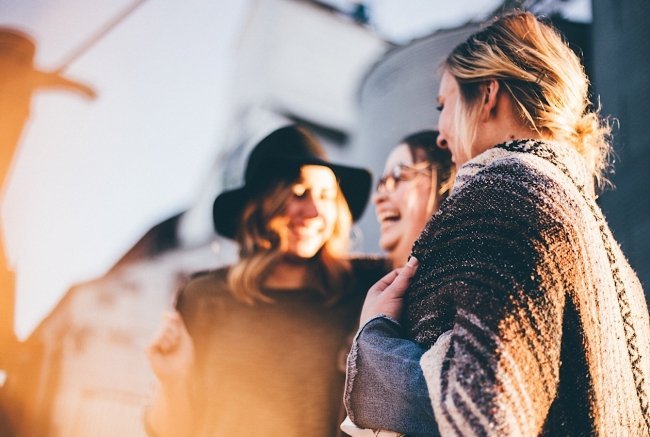 Conducted by travel site Agoda, the Favorite Nationalities to Encounter survey showed that just one in five (21%) Aussies would prefer to meet fellow Australians than travellers from other parts whilst on vacation.

Despite this, the poll revealed that Australians travellers were still the second most keen to meet fellow citizens, only after tourists from Japan (22%).

Following Australia on the list were travellers from Thailand (19%), China (18%), Saudi Arabia (17%) and the UK (16%). Indonesians (7%) and travellers from the UAE (10%) were the least interested in meeting travellers of their own nationality.

Perhaps surprisingly, Americans were found to be the most popular nationality to meet on holiday, with US nationals ranking in the top three countries for eight of the 11 nations polled.

According to the study, Brits (45%) are the most popular travellers to meet among other Europeans, followed by Chinese and Australian travellers.

By region, the research revealed that travellers from the 11 countries “overwhelmingly” prefered to encounter people from the west while they’re on holiday, with all countries placing Europe within their top three list.

Aside from locals, are there any particular people you like meeting while abroad? 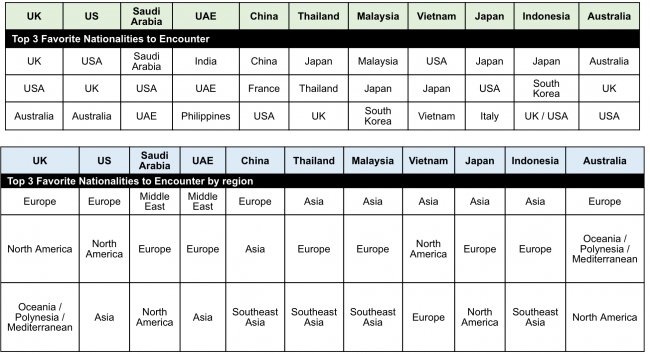