Why do Australians fork out more on flights than most?

Underlining how much Aussies love to travel, a new study has found that Australians are among the highest spenders on flights in the world. 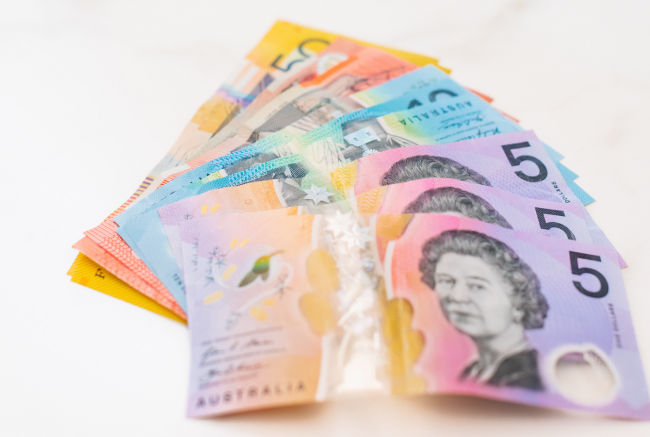 Commissioned by UK-based financial site TheMoneyPig.com, the study revealed that Americans forked out more than any other nationality on air travel, spending an average US$846 (AU$1,297) per round trip flight.

But Australians were deemed the next highest spenders, splashing out an average US$742 (AU$1,137) per round trip.

In conducting the study, TheMoneyPig chose 14 different nationalities from around the world “to work out how much on average they spend on flights per person based on their five favourite travel destinations”.

So Australians’ average spend on flights is probably largely down to the great distances Aussies have to travel for an overseas holiday.

According to this study, Australian international travellers journey an average 24700 kms per round trip flight, compared to just 8748 kms for each American traveller.

Predictably, given the closeness of European nations to one another, the French, British and Irish fly the shortest distances, at 1147 kms, 1720 kms and 1904 kms respectively. 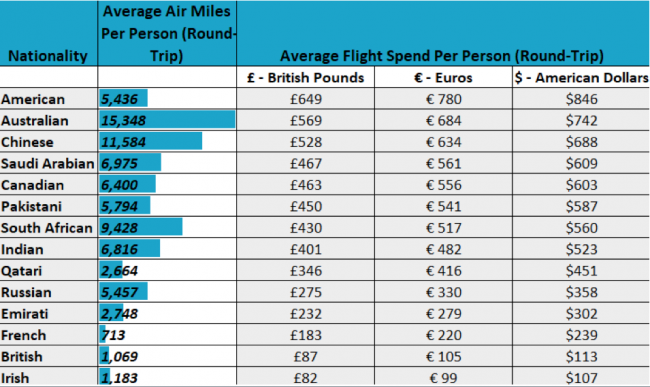