In Ireland, as in many other parts of the world, St Patrick’s Day festivals and parades have been cancelled, as the world takes action to stop the spread of COVID-19. The right thing to do is #StayHome if you can this St Patrick’s Day.

Every March 17th for the last 10 years, Tourism Ireland has worked with friends of Ireland all over the globe to turn the world green. In a gesture of support for the 70+ million people around the world who claim links to the island of Ireland and to mark St Patrick’s Day, hundreds of iconic landmarks and sites in over 50 countries will again go green over the next couple of days. This is helping to bring some positivity and hope to a challenging time for all.

From Brussels to Buenos Aires and from Stockholm to San Francisco, a host of buildings and sites around the world are turning a shade of green to mark our national day. Madison Square Garden in New York, the Clifton Suspension Bridge in Bristol, Caerphilly Castle in South Wales and even the Smurf Statue in Brussels will join Tourism Ireland’s Global Greening initiative for the first time in 2020.

Other sites and buildings taking part in Tourism Ireland’s Global Greening 2020 for the first time include: City Hall in Bangkok, Palais du Peuple in Djibouti City, the National Theatre in London and the Palace Bridge in St Petersburg. 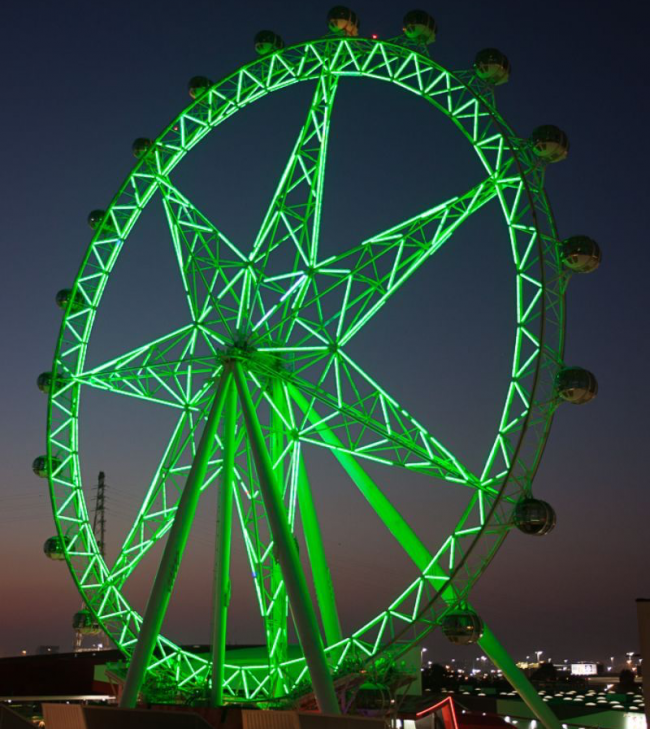 They are joined by some ‘old favourites’ which have gone green in previous years – including the London Eye, Burj al Arab, Niagara Falls, the ‘Welcome’ sign in Las Vegas, the Chain Bridge in Budapest and many others.