Kiwi spared $43k bill thanks to this decision...

You wouldn’t normally consider yourself lucky for being involved in a serious road accident, one which resulted in emergency surgery, multiple blood transfusions, insertions and a two-week stint in hospital.

But traveller Steve Kokich is an exception. Most importantly, the New Zealand tourist survived the motorcycle accident, which occurred during a holiday in Bali, when “someone just pulled out in front of me and hit me off the bike”. 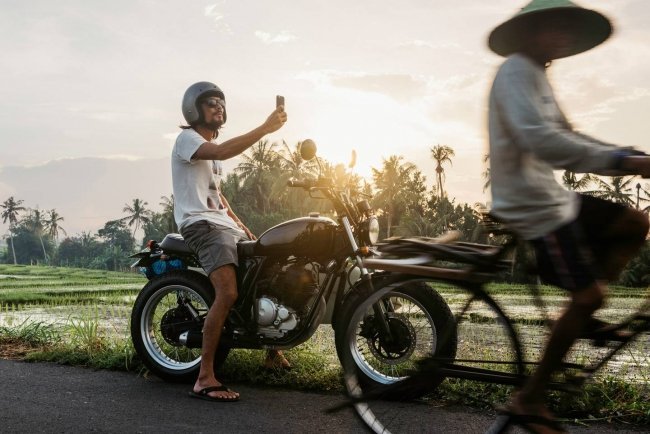 A motorcyclist in Indonesia (Image Getty)

Moreover, according to news.com.au, the Kiwi was spared a massive medical bill of $43,000 after he took out travel insurance just before the accident, and when he’d already arrived in Indonesia.

If that wasn’t enough, his accident was covered even when incidents involving motorcycles often are not - though this has less to do with good fortune more to do with good judgement; Mr Kokich had been wearing a helmet, wasn’t under the influence of any substances and most importantly held a motorcycle licence.

He had also been riding a smaller 125cc bike. While the kiwi said his injuries “could have been much worse”, he still racked up tens of thousands of dollars in bills thanks to a stint at Kuta’s BIMC Hospital and a medical evacuation to NZ for further treatment, News reported.

But a phone call with his mum only three days before the accident prompted the New Zealander to take out travel insurance for this trip.

“I didn’t think it was a big deal, but most places wouldn’t sell me cover because I’d already left home,” he said.

“If I hadn’t found a company that did, I would be a lot worse off right now.”

The Kiwi added that his insurer, Travel Insurance New Zealand, had been involved immediately after the crash.

“I was lying on the side of the road and got straight through to their emergency people,” he said.

“They got me to the hospital, contacted my mum and dad, called in to check on me after the surgery and organised my flight back home.”

Have you ever needed travel insurance just after taking a policy out?