‘Begpackers’ are increasingly coming under fire for their behaviour, particularly in Southeast Asia.

The etymology of the word is clear: begpackers are tourists, usually of Caucasian descent, who pray upon the charity of passers-by, often to fund their travels. 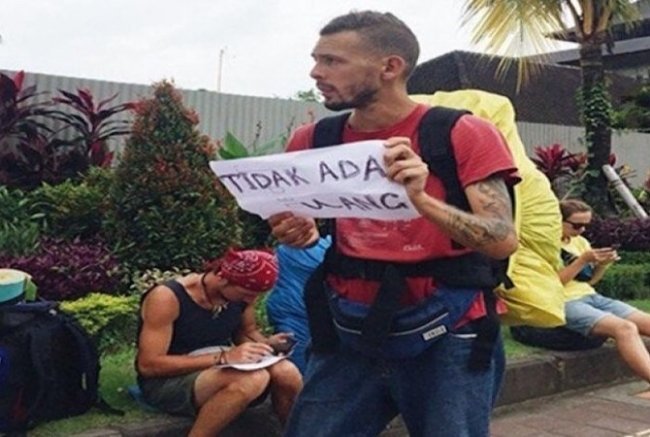 “Begpackers are at the extreme end in the spectrum of those who glorify budget traveling. [Their] only focus is on how to make it as cheap as possible, forgoing other considerations, and then boast about it," Bandung, Indonesia-based public health researcher Annisa Rahmalia told the ABC.

According to the broadcaster, begpackers range from those who hold signs that ask pedestrians to “help me fund my dream trip”, to those who sell sketches or busk with ukuleles.

In early 2019, a Russian couple were arrested in Malaysia for using their baby in a strange musical “performance” in Kuala Lumpur.

Others conduct scams, like German Benjamin Holst, who at the same time as showing imagery of himself begging on streets, displayed photos on Facebook of himself wining and dining with local women. Thai and Singapore immigration authorities have since banned the German from their countries.

But Australians too are getting in on the act, with one Indonesian immigration official saying that the majority of begpackers in Bali were Australian, British and Russian, the ABC reported.

So rife has the problem become, that Balinese officials suggested they would crack down on those begging in the streets.

"Foreigners that don't have money or who pretend to be poor, we will send those people to their embassies," immigration official Setyo Budiwardoyo said.

“Juka”, who runs the Bali-based Farmers Yard Hostel, said the problem had become “epidemic” in parts of Bali like Kuta.