Two weeks after a tourist was detained and fined for wearing skimpy swimwear at a resort in the Philippines, another traveller has been shamed on social media for her choice of outfit whilst shopping in a Bali convenience store. But at least the other tourist was actually at a beach.

The Bali visitor was wearing just a G-string bikini and string top, and was exposed in a post on the Bali Expats Facebook page. 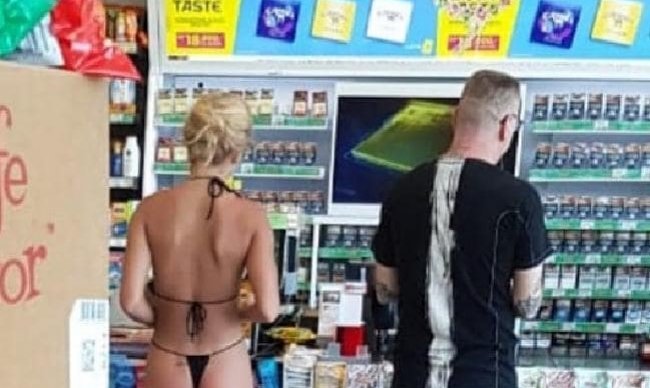 “I’m amazed that Pepito Umalas, a family residential area allowed this shopper into the store??? And that this person thinks its acceptable!!!” the poster wrote. “Shame on both of you!! Ps the front parts were even smaller than the back.”

Reacting to the image on social media, others slammed the traveller for the “inconsiderate” and “shameful” act, news.com.au reported.

“So disrespectful. Put a sarong on if you’re shopping,” one person commented, while another wrote, “This girl has no respect for the locals.”

Another person said, “I just would like to know if she wear like this when she go shopping in (her) home town. If not why she is thinking that would be normal as a tourist in Bali”.

Meanwhile, others chose to focus more on the “creepy” person who posted the photo.

“I get the point about respecting cultures but there’s also respect for other people and taking a photo of someone and posting it online seeking to publicly shame the person is pretty low … and lacks respect,” one person commented.

Another person added, “She may not even realise this is disrespectful. Maybe next time you see something like this let them know instead of posting their photo online without their permission?”

What are your thoughts on the issue?