Business class pooch: 44% of Aussies want to be able to travel with their pets

The push for pets to travel alongside passengers is strong, but the majority of Australians are not in favour, according to new research from Finder.

A nationally representative survey of 1,003 respondents revealed that more than one in two (52%) Australians do not think that cats and dogs should be allowed to travel in flight cabins alongside passengers. 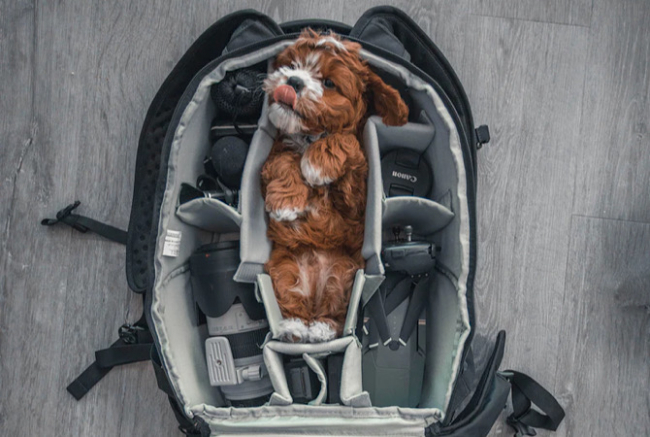 A further 4% said they wouldn’t mind but are allergic.

Non pet owners (76%) are undoubtedly not eager for pets to travel alongside passengers, in comparison to pet owners (36%).

Gary Hunter, insurance expert at Finder, said talk of pets on planes was a hot-topic, with many claiming their pets provide immense emotional support.

“Pets are like family for many Australians, and lots of us are impatient for our furry friends to travel along for the next family vacation.”

From December 2, the Civil Aviation Safety Authority (CASA) has implemented a number of regulation changes, including giving airlines greater flexibility to determine whether they allow passengers to carry animals on board.

Prior to this, animals were banned from flying in aircraft cabins without written approval from CASA.

Qantas and Jetstar have previously indicated they have no intention of changing their current policies which require all animals aside from service dogs to be transported via cargo.

Virgin Australia put the question to their consumers as to whether or not they think pets should be allowed to travel in flight, demonstrating their consideration of the new regulation changes.

Many overseas airlines are already allowing pets to accompany their owners in the cabin for a set fee, subject to weight restrictions.

Hunter said it was important for pet owners to understand the risks associated with taking your pet on holiday.

“It’s worth considering pet insurance to help ensure your pet is protected against anything that could happen whilst on holiday or travelling.

"Some pet insurance policies can help pay for overseas medical expenses if your pet gets sick or injured. It can also cover legal fees if they hurt someone or damage property,” Hunter said.