It's not every day you get to cup the buttocks of one of the world’s richest, powerful and most influential men. But when that person is also everyone's favourite swashbuckling Virgin, no-one seems to mind.

Sir Richard Branson was at his flamboyant best when he officially launched his new cruise line, Virgin Voyages, in Sydney last night. 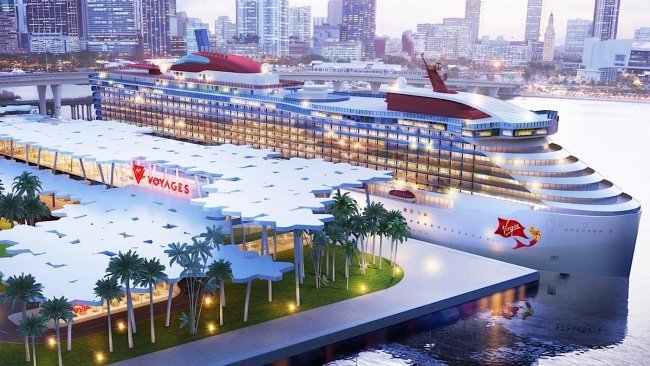 Like the born entertainer he is, the Virgin boss kept us waiting for his grand entrance – then appeared, like the captain on the bridge of his ship, on the roof of the Cargo Bar, looking down at the dignitaries, industry folk and media gathered below.

“I pinch myself every day of my life. It’s all too unreal to be true,” he enthused from up high, intimating that a Virgin cruise ship may one day visit Australia.

“It was many, many years ago when we first embarked on this. I was 26 and thought wouldn’t it be fun to have a cruise line for under 30-year-olds. I worked hard but I couldn't beg, borrow or steal the money to make it happen back then.”

The dream has eventually become reality and his visit Down Under was to announce a new partnership between Virgin Voyages and Virgin Australia. With their new ‘Tail to Sail’ packages, Aussies can now fly to Miami to cruise aboard the adults-only Scarlet Lady, due to launch next April. Prices start from $3,420 per person twin share.

Revealing that he would celebrate his 70th birthday onboard his new cruise ship next year, Sir Richard said Virgin Voyages was aimed at people who: “love life, love to party and love to have a good time.”

“I’m immensely proud of this new brand; in building it we took the time to think through every detail and craft a unique experience that brings to life Virgin and disrupts the travel industry. I can’t wait to hear what Aussies think of our new endeavour,” Sir Richard commented.

The new brand affectionately refers to travel partners as ‘First Mates’ and is encouraging registration on FirstMates.com, a dedicated online home for travel sellers. As an incentive, the cruise company has ditched non-commissionable fares, all while committing to paying First Mates commission on the total invoice -even taxes and fees.

But what about the buttock-clasping, I hear you ask?

When Scarlet Lady launches next year, she will offer more than 20 world-class intimate eateries, 1,330 cabins and 78 RockStar Suites. Being an adults-only ship, dancing on tables will be encouraged – and Sir Richard clearly doesn’t need a second invitation.

So it was that he started dancing on the bar and then asked the crowd whether they would be prepared to catch him. Your correspondent was directly below the naughty knight and duly obliged as he made a somewhat hesitant dismount.

I can hereby reveal that the man may be nearly 70, but he has buns of steel. 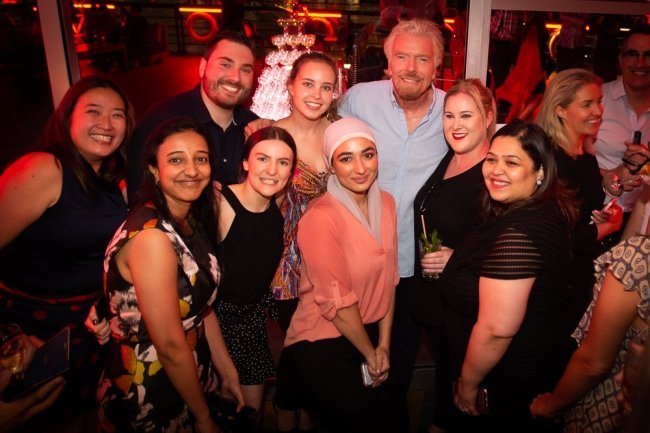