As the new self-isolation period for travellers commences, passengers arriving at Australia’s busiest airport just hours after the rollout have returned home to crowds almost beyond compare.

Photos obtained by 9News from behind border control at Sydney Airport show large groups of people trying to make their way through immigration. 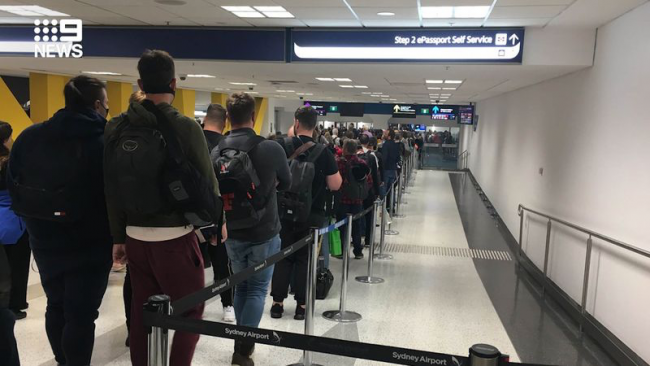 One of those returning home was actress Toni Collette, who according to Nine was supportive of the tough new measures.

New arrivals into Australia have been ordered to self-isolate for two weeks to help curb the spread of coronavirus in the country; fines of tens of thousands of dollars will be dished out to people who fail to adhere to the law.

"These are strong measures … some of the strongest in the world," he told Today.

The new measures come as another 37 people in NSW came back positive for COVID-19 in the 24 hours to 11am Monday, bringing the total for the state to 171 – the highest increase in new cases in NSW in a single day, the ABC reported.

But it could be worse ... in the US, returning travellers faced hours-long lines and confusion at airports around the country as passengers were ushered through medical screenings to fight coronavirus.

According to NPR, some travellers at Chicago's O'Hare Airport reported waits of up to four hours, while an Illinois senator said he heard lines with eight hour waits.