Nearly 40 people were injured after unexpected turbulence hit an Air Canada plane on its way from Vancouver to Sydney. 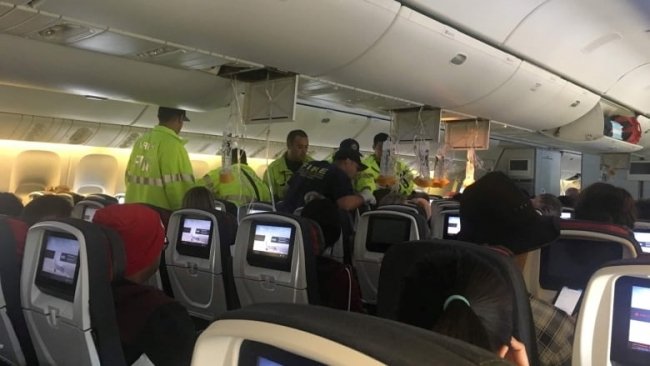 Carrying 269 passengers and 15 crew, the aircraft was consequently diverted to Honolulu, which saw it fly an extra 2,000km to return to the nearest airport.

In a social media post, Newcastle passenger Jess Smith “everyone hit the ceiling of the plane" after it went through "huge turbulence".

"I was asleep and I started to wake up from the plane rocking," Ms Smith told the ABC.

"As I sort of woke up the plane dropped out of nowhere and I was plunged from the seat, hitting the roof. A girl in front was bleeding."

According to Hawaii News Now, passenger Michael Bailey said there was screaming and panic as the drama unfolded.

“The seat in front of me, the girl hit the plastic overhead and actually snapped and broke it, and the oxygen masks came down, and a lot of panic," he said.

Hawaiian officials said there were 37 injuries, nine of which were considered serious.

"[Of those] 21 were deemed to be minor, nine were serious, and seven of the passengers refused to be transported," Hawaii Emergency Medical Services chief Dean O'Connell said. 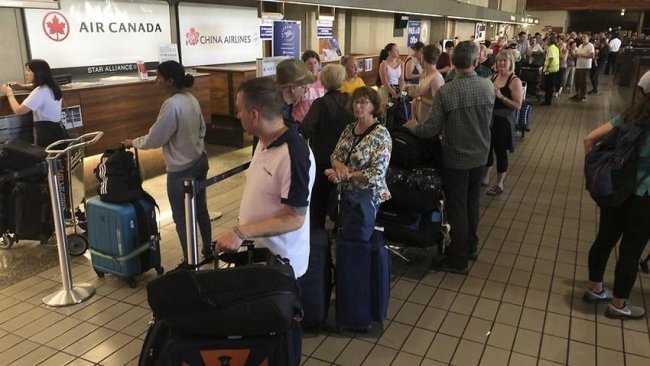 In a statement to Traveltalk, Air Canada said that flight AC33 had “encountered un-forecasted and sudden turbulence approximately two hours past Hawaii, and subsequently diverted to Honolulu”, where it had “landed normally at 12:45 pm EDT”.

“Our first priority is always the safety of our flights, passengers and crew and as a precaution, medical personnel were on standby to assist passengers in Honolulu,” it said.

“All people have since been assessed, treated and released by local hospitals.

“We have made arrangements including hotel accommodations and meals for passengers in Honolulu.”

The airline said the flight to Sydney was due to resume today (12 July) at midday local Hawaii time.