Scare at Sydney Airport may cause delays 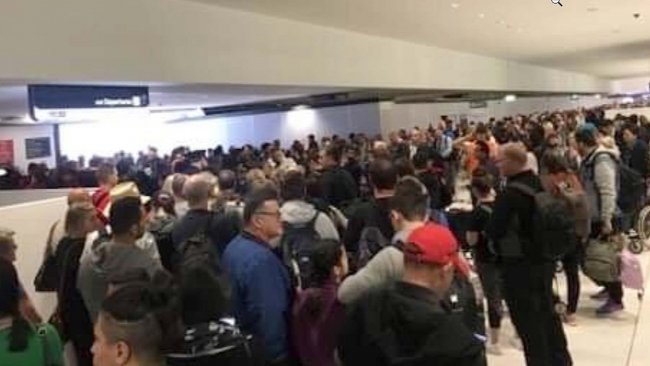 There was a scare today at Sydney Airport after smoke forced the evacuation of parts of the international terminal.

In a tweet posted at around 3pm, Sydney Airport said processing had recommenced at “T1 International after an issue with a battery caused smoke at Departures”.

But Airservices Australia told the Sydney Morning Herald that the evacuation could cause delays, and encouraged travellers to check with their carrier for updates.

After filling the hub’s shopping area with smoke, firefighters extinguished the blaze, which occurred at the Terminal 1 screening area.

A photo posted on Twitter shows the duty-free shopping area filled with smoke.

Sydney Airport just made life easier for families, others