Girlfriends of serial cheater dump him, go on road trip together

It’s best to have at least a few things in common with the people with whom you’re travelling. These girls shared a boyfriend.

Last year, Morgan got the feeling that things weren’t quite right in her relationship. So she did what any modern self-respecting girl would do and stalked his socials. It was then that she discovered photographs of her boyfriend in the arms of another girl.

"I have no words to describe the feeling I got seeing the photo of him with another girl,"  Morgan told CNN.

"I thought I was going to marry this guy. We had talked about houses and what our marriage would be like. My world came crumbling down. I had to mourn the loss of this future we were building up together. It was soul crushing."

Morgan reached out to the other girl and the two looked deeper into their common man’s online personas.

That’s how they found Abi. 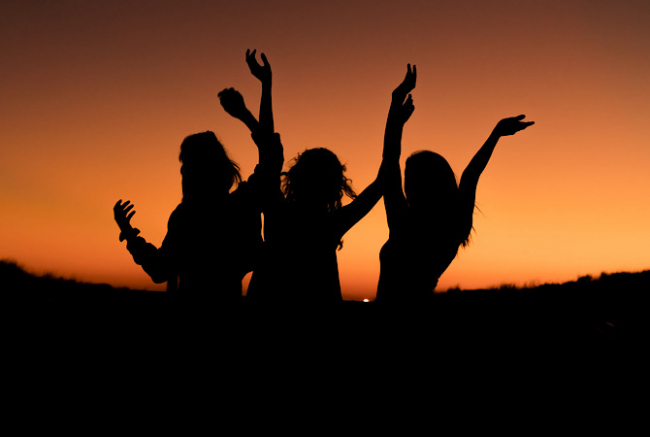 "I was crushed," Abi told CNN.

"I cried in front of these two girls I never met before. It was really emotional. It felt like there was no light at the end of the tunnel."

In the middle of FaceTime call with the other girls, Morgan heard a knock on her door. There, on her doorstep was her boyfriend.

"He wanted to surprised her,” Abi remembered.

“Morgan grabs the flowers, puts them on the floor, and was like 'I made some new friends today' and showed him her phone with the two of us on FaceTime.”

"His face just dropped. It was so priceless to see."

The girls dumped him. In chorus.

It turned out their now ex-boyfriend had been dating six women in total, one of whom was Bekah.

"Two hours after they confronted him and he promised to never talk to another woman again and said he was a changed man, he reached out to me and asked to hang out," Bekah said.

But just as the girls had shared a boyfriend, it turns out that Bekah, Abi and Morgan also shared the same dream: buying a bus and exploring the country.

The girls soon bought a bus and spent a few months renovating it before taking to the road.

From Idaho, the trio headed east and have soaked in hot springs, explored Yellowstone National Park and stopped to talk to CNN in Montana.

"If I had a word to describe this whole experience, it would be surreal," Abi said.

And what of they’re one time shared boyfriend?

"We don't talk about him anymore. He isn't part of our lives. There's so much more to look forward to," Morgan said. "He's on the way back corner of our minds. We have moved on to the next chapter of our lives. It's all about our adventure, our growth, and where we go next."

"This guy doesn't deserve any credit, but thank you for bringing us together, honestly," added Abi.

"We've been saying 'F you, but thank you.' As awful and horrible as that moment was, we would all do it again just to meet each other."