Has the space tourism race begun?

We’re all wondering where we can travel safely to avoid getting COVID-19. Space may just be the answer. That’s if you’ve got a spare two hundred thousand or so.

Only 569 people have ever been into space, but Jeff Bezos’ Blue Origin rocket company is hoping to change that “dramatically”. 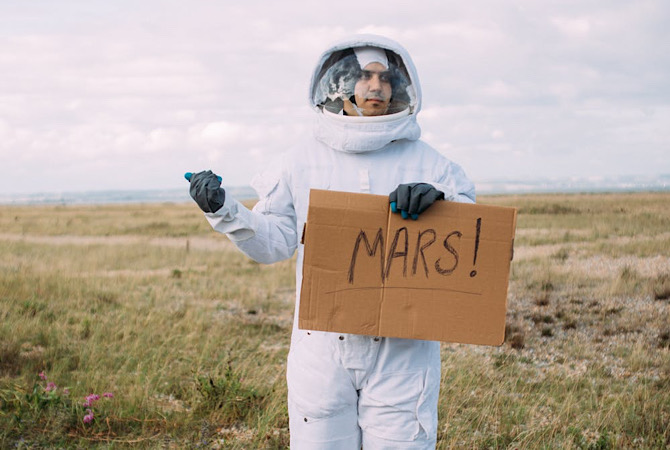 Blue Origin is offering a seat on the first flight of New Shepard, a rocket and capsule combination set to autonomously fly six passengers into suborbital space in July, the ABC reported.

The seat will be auctioned over five weeks, with the lucky winner joining five others as they are flown 100 kilometres above Earth to experience weightlessness and view the curvature of the planet.

"The view will be spectacular," Blue Origin's director of 'astronaut sales', Ariane Cornell said, the company describing the capsule’s six observation windows as being nearly three times as tall as those used on a Boeing 747 jetliner.

While ticket price is yet to be confirmed, back in 2018 Reuters hinted at a possible charge of at least US$200,000 per ticket.

We can expect “a couple more” crewed flights before the end of the year and, depending on demand, an increase in not only tourist flights, but also launch locations with some possibly outside the USA, Cornell said.

As for the July flight, New Shepard will launch and land in West Texas.

Meanwhile, Richard Branson’s Virgin Galactic has plans to open space flights to the public in early 2022 (Branson will be on its first flight later this year), and Elon Musk’s SpaceX is also set to send up the first all-civilian space flight ever later this year.