Following a fourth day of peaceful protests at Hong Kong Airport, HKG was forced to cancel hundreds of flights into and out of the hub on Monday, leaving thousands of flyers, including many Australians, stranded in Hong Kong. 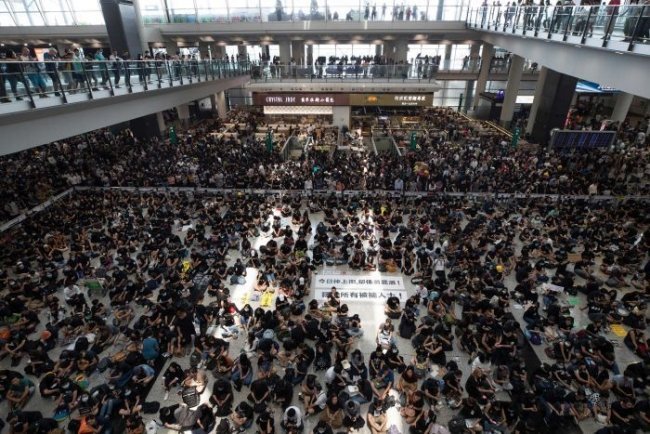 Airport officials had braced for disruptions after word spread that demonstrations were headed for the hub.

And indeed they came, in their thousands to one of the world’s busiest hubs.

In a statement yesterday, the airport said that the protests had “seriously disrupted” airport operations.

Consequently, all check-in services for departing flights were suspended with only flights that had completed check-in allowed to leave.

“With the exception of flights departing Hong Kong that have already completed the check-in process, as well as inbound flights that are already heading to Hong Kong, all other flights have been cancelled for the rest of today,” HK-based Cathay Pacific tweeted Monday night.

According to the ABC, the airport also advised all passengers "to leave the terminal buildings as soon as possible", while the public was warned to avoid the area. Virgin Australia was one of the carriers caught up in the cancellations, with two flight affected. 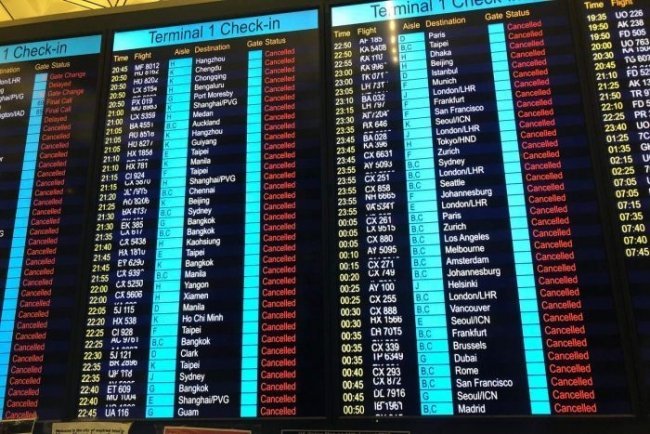 “Due to the closure of Hong Kong International Airport, VA82 and VA68 due to depart Hong Kong this evening (12 August) have been delayed until tomorrow (13 August),” it tweeted, urging guests travelling to and from Hong Kong to check their flight status on its website.

Mass protests in Hong Kong have been ongoing for over two months, with Beijing rule and police conduct the focus of attention.

Speaking to Associated Press at the airport, flight attendant “Lau”, who was protesting on his day off, said heavy-handed police had alienated people.

"The police have told a lot of lies to Hong Kong people,” he said. “We cannot believe them anymore. We have to come here to protest.”