How many planes are in the air right now?

And is it still too many?

Yesterday I caught a glimpse of a large passenger jet above Melbourne. Two months, heck, even three weeks ago, it would have been a typical sight, but in the age of COVID-19, where more planes are being grounded and parked than ever before, it was a notable event.

It also got me thinking – how many planes are actually flying these days?

Right now (midday, 30 March), according to FlightRadar24, there are around 5,000 planes flying in the sky around the world. Sounds like a lot, right? Well, that’s a matter of subjectivity. 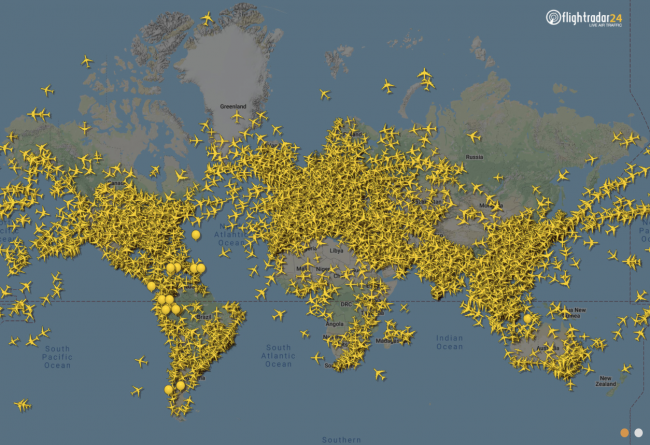 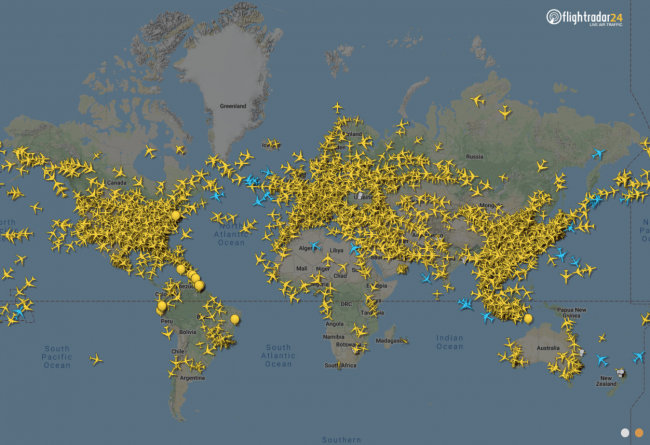 On a normal day, at any given moment, FlightRadar24 would be tracking anywhere between 8,000 to 20,000 planes mid-flight, which is a lot more than it’s following now. But given the current ‘lockdown’ on all non-essential flights across most of the world, 5,000 flights still seems pretty high.

Over the course of a day, the gaps widen further, but still not by as much as you might think.

While this represents a significant reduction in flights, it might surprise many to know that there are still (at least up until 48 hours ago) around 70,000 planes flying in a day.

The reason why that figure is so high is down to the number of flights still occurring in the US.

In a tweet yesterday, FlightRadar said that, “Of the 4800 flights we're currently tracking worldwide, two-thirds are seen in this image … Normally, we would be tracking about 13,000 flights right now.”

That image is of flights over North America, especially the US.

That’s not to say USA hasn’t cut a lot of flights – at 9pm (UTC) on 1 March there were 6,800 planes above America, while at the same time on 29 March, there were 2,800 airborne planes. But many would say they still have a long way to go to catch up to the rest of the world.

According to Bloomberg, Cirium data shows that more than 6,000 planes – or 28% of the global fleet – had been parked by 28 March. Expect that number to continue to rise.

FlightRadar24 combines information from several sources including ADS-B, MLAT and radar data to show live air traffic from around the world (and it’s an aviation geek’s best friend).

Are there still too many planes in the air at the moment? What are your thoughts?