How photos of picking noses is killing Easter Island statues

Mass tourism, and a lack of respect by visitors of its biggest drawcards, is having a hugely detrimental effect on one of the world’s most unique destinations.

A Chilean territory, Easter Island has seen a massive increase in tourism in recent years, so much so that the remote Pacific island now receives more visitors than the Egyptian pyramids.

And an expert on the territory says that it is this boom that is negatively affecting the island, in multiple ways. 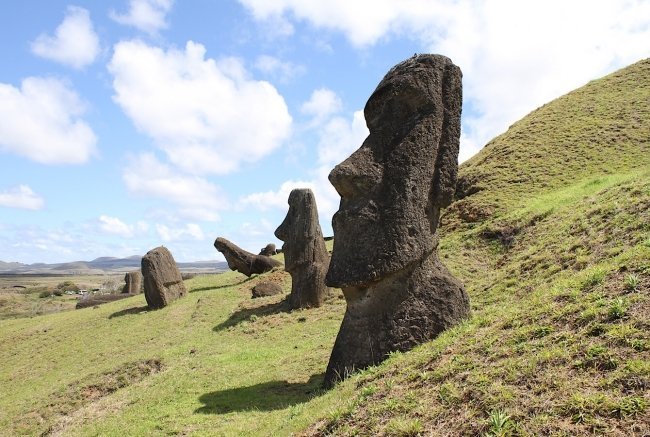 “In 1981 there were only about 2,500 to 3,000 people living on the island, and the yearly count of visitors was about that number,” Jo Anne Van Tilburg, a University of California, Los Angeles archaeologist, told Newsweek.

Van Tilburg, who has been studying the island for nearly four decades, said tourism “at the current level is having a hugely negative impact on Rapa Nui’s natural resources, especially water”.

“The entire infrastructure is strained. More importantly, tourism of the sort experienced today has a very negative impact on the Rapa Nui sense of community,” she remarked.

Easter Island, whose resident population is now around 5700, is most famous for its large ‘moai’ stone statues, which were erected between 1100 and 1400 AD.

But Van Tilburg told the UCLA Newsroom that travellers were ignoring rules by climbing on the moai, sometimes just to get a photo of themselves picking the nose of the statue.

According to the archaeologist, tourists were also trampling on protected areas and walking on grave sites.

“I am troubled by the lack of genuine tourist interest in the island and its people,” she said.

“There is a lack appreciation for the Rapa Nui past. It seems that many wish only to insert themselves into history by taking a selfie with the timeless statues.”