Hurry, the Gates of Hell are closing

Turns out my Catholic school education was wrong. The Gates of Hell have only been burning for fifty odd years.

And specifically,  in Turkmenistan.

It started in the early 70s, when the ground collapsed in Darvaza during a Soviet gas drilling expedition, CNN reported.

To prevent the spread of natural gas, scientists lit the hole on fire, and it’s burned ever since. 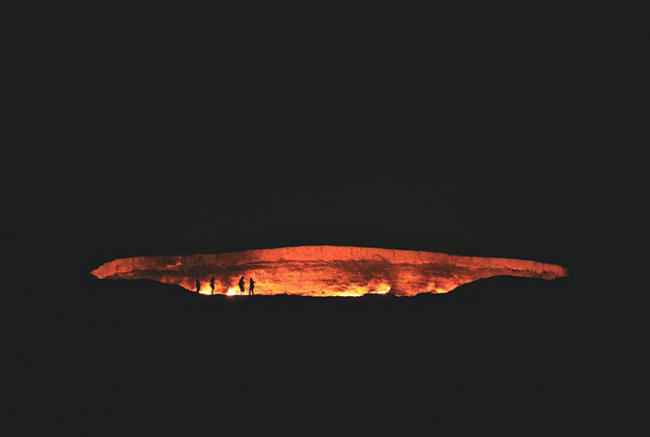 Despite being afamed tourist attraction, Darvaza Crater is not popular with everyone, especially Turkmenistan’s president Gurbanguly Berdymukhamedov.

Berdymukhamedov has ordered the closure of the crater, citing the negative effects on health of people living nearby; the wasting of valuable natural gas resources; and environmental damage, state-run newspaper Neytralny Turkmenistan reported.

There is no known deadline for the extinguishing of the crater at this point in time. One just hopes that COVID is sent down through the gates first.