Kalbarri open for business and ready to welcome visitors

Australians are being encouraged to wander out yonder, and return to Kalbarri and its surrounds as tourism operators in the township throw open their doors once more. 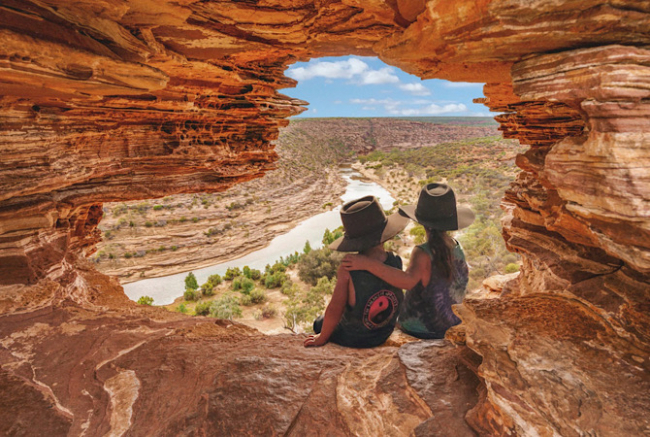 Tourism Minister David Templeman visited Kalbarri last weekto meet with local tourism operators to talk about support in coming months, as more businesses prepare to open their doors to visitors in the wake of Cyclone Seroja.

“Kalbarri has long been a popular holiday spot for travellers of all ages. Cyclone Seroja has had a devastating impact,” Templeman said.

“The Kalbarri National Park attracts thousands of visitors each year, and last year saw the opening of WA’s most anticipated new tourism attractions - the Kalbarri Skywalk, with its uninterrupted views over the National Park.

“From now until November, it’s the prime time to catch a glimpse of the humpback whales as they migrate down WA’s coastline, or be amazed by the colours as more than 1100 species of wildflowers start to bloom.

The Minister also announced an additional $220,000 funding for Australia’s Coral Coast (ACC) regional tourism organisation, which will be used over the coming months to inspire West Australians to visit the area.

A Tourism WA project manager will also be based in Geraldton for 12 months, starting in July. This person will work with other state and local government agencies, ACC, and local operators to support the ongoing recovery of the Kalbarri tourism economy and those of surrounding areas including Northampton.

Find out about the tourism businesses that are currently open in Kalbarri at https://www.australiascoralcoast.com/travel-updates/cyclone-seroja