Australia in the top four markets for the city

Whilst in Australia, Las Vegas Convention and Visitors Authority’s (LVCVA) international sales vice president Chris Meyers has been pleasantly surprised by the number of people who said they had visited Vegas.

Speaking to Traveltalk at Visit USA’s Mid-Year Review, which LVCVA sponsored, Mr Meyers said even one of his bus drivers in Adelaide, where he attended World Routes 2019, had waxed lyrical about the place. But he needn’t have been that shocked. 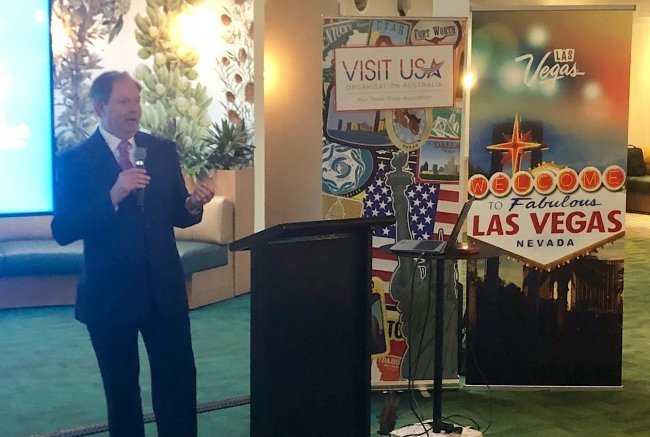 According to data he presented at the Sydney review, a whopping 375,000 Aussies visited Vegas in 2018, which made Australia the fourth biggest source market, globally, for the city.

Business travel numbers were even more impressive, with corporate and events visitors from Australia accounting for the second biggest market in Vegas.

Despite the impressive numbers, Meyers said he was “really here to talk about IPW”, the US Travel Association’s annual showcase for American tourism.

Vegas will be hosting IPW next year, and the city hopes to break the attendance record for the event. It already holds the record, by the way.

Addressing travel trade and media in Sydney, Meyers said Las Vegas would have “all kinds of really cool new things for you to check out and experience” while at the event, which will be themed “Vegas Changes Everything”.

On top of this, next year the city will open its new 60,000-seat Allegiant Stadium, which Vegas says will be the most modern sports arena in the world. 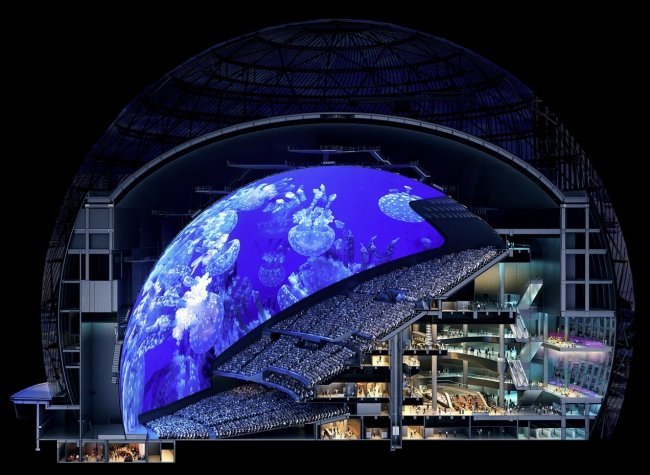 Madison Square Garden Group (MSG) is also building the US$1.2 billion MSG Sphere, which Meyers calls an “entertainment glow”. Set to open in 2021, the bubble-like venue will seat 18,000 people and feature the world’s largest indoor digital display, among other things.

On the accommodation front, Las Vegas has three “mega-resorts” in the pipeline, with the “kinda small” 777-room Circa hotel to become the first downtown Vegas hotel to open since 1980.

Meanwhile, the Las Vegas Convention Centre will also be expanded, while the facility will be the first in the country to feature The Boring Company’s Tesla loop tunnel, which will whisk visitors between LVCC venues at super high speeds.