Will Uluru be Territory tourism’s saviour?

Six months after it was closed to tourists, a business lobby has called for the re-opening of the Uluru climb to help reboot tourism in the Northern Territory.

Off-limits to climbers since 26 October 2020, Uluru is considered a sacred site to its traditional owners, and those who supported the move celebrated its permanent closure.

But Alice Springs Major Business Group chairman and Alice Springs Airport general manager Dave Batic says a “grand” reopening of the climb could and should be on the cards. 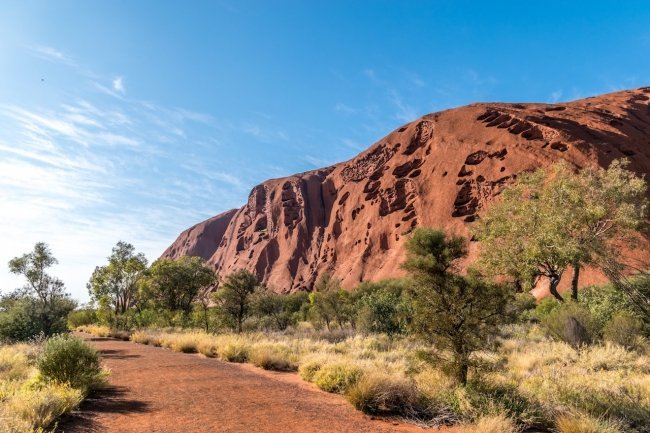 "We are competing against every other state and territory in Australia for the tourism dollar," he remarked.

According to the ABC, Mr Batic said Territory tourism would benefit greatly from a re-opening of the climb for two to three years in partnership with Uluru’s traditional guardians.

"The concept there is that the traditional owners would provide tours for paying climbers and have a safety harness system in place just like the Sydney Harbour Bridge," he said.

"I guess it would be a grand opening or reopening of the Northern Territory.”

"There's three iconic destinations in Australia that we talk about: The reef, the rock and the Sydney Opera House. The rock is actually going to be our saviour from a tourism perspective."

While supporting a reopening of the climb, Batic admits that Uluru’s traditional owners would have the final say on the matter and manage any climbs that did happen.

"We know that when the rock climb closed, we had 10,000 less people through the airport per month," he said.

"We know that the rock climb [closing] had a direct impact on tourism straight away."

Former Uluru Kata-Tjuta Board of Management chairman Sammy Wilson has rejected the concept.

"No. Enough is enough. The word is no," said Mr Wilson, who is still a board member.

"We don't want to open a can of worms or put more logs on the fire."

A Parks Australia spokesperson said the board has been working to develop new attractions, such as “cultural workshops and demonstrations at the Cultural Centre every day, and the free ranger-guided Mala Walk each morning”.

"Visitors can discover ancient rock art, learn about the park’s amazing plants and animals and their significance to Anangu, and find locally made, authentic Indigenous art and crafts at the art centre."