Lost in Disney: social media to the rescue

Social media finds a new use

It’s a scenario that’s likely crept into the minds of any holidaying couple (or family) visiting any busy location; one minute you’re lost in the sights and sounds of a bustling streetscape, festival or attraction, the next you’ve lost your partner/friend/family.

In this case, the setting was one of America’s largest tourist attractions, Epcot, at Walt Disney World Resort in Florida. The separated were theme park goer Brittany Blake, and boyfriend Regory Turco. 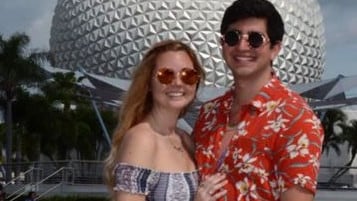 According to Florida’s Fox 4 Now, after losing her partner among the hoards of spring breakers and other vacationers, Ms Blake turned to social media for help in finding him.

“Weird post but lost my boyfriend in Epcot today and haven’t been able to find him for hours because his phone is dead. If anyone sees him can they tell him to meet us at the Mexican pavillion?” Blake told Facebook’s group for Annual Passholders, also posting a photo of the pair with Turco clad in distinctive Hawaiian T-shirt.

In just two hours, more than 1,300 people had commented on the post, with feedback varying from the helpful to the hilarious.

“That shirt is very distinctive. Someone should be able to spot him,” Nikki Goodfellow posted with laughing faces.

So intense did the ‘search’ become, a hashtag was created for the sleuths on the lookout.

“This is my favorite post ever in AP! #FINDREGORY #FINDBRITTANYBF,” Tison Singleton said.

With many pass holders inside the park looking for Turco, and with only 15 minutes until the park closed, the situation remained unresolved.

Barbara Rush commented, “Following - need to know how it ends! Where does she find him? Does someone else find him first? Tune in for the case of 'The Lost Boyfriend, Epcot Edition'."

But with just minutes to spare, Turco was spotted … in line for the ‘Frozen’ attraction.

“Update on my boyfriend: Found on the frozen ride. He was drinking all day while looking for me. BTW: thanks for everyone’s nice comments!!” Blake wrote.