If this travel enthusiast thought it funny to change his name before, he’s not laughing anymore.

A British man has been denied a passport after his surname was deemed to rude to be written on the document.

Kenny Kennard, 33, changed his name to ‘Fu-Kennard’ for a joke a few years back, and despite being granted a drivers licence, was denied a passport because his name “may cause offence”. 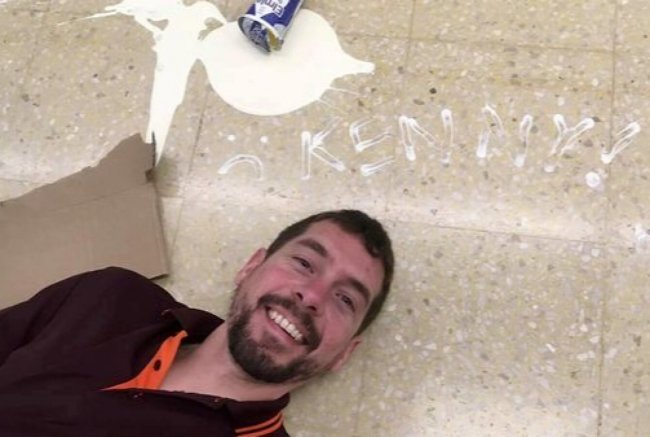 And as he doesn’t want to change his name again, he may be stuck in Britain for good.

"When I had to apply for a driving licence, it was accepted fine, so I figured it wouldn't make much difference in applying for a passport,” he said.

"How wrong I was. I got refused on grounds that my name could cause offence or was vulgar.

"So I complained, but they upheld their decision so I complained again. I was then told they'd keep the fee for administration costs.

"If I wanted to take the matter further, they said I'd need to contact my MP.

"So I wrote to MP Scott Mann, and he replied saying they're within their remit to refuse.

“Now I'm skint with no passport, like a prisoner in my own country.

"On the one hand, I find the whole thing funny - as do all of my friends.

"But I'm also finding it hard to believe the name could be construed as anything but funny and slightly ridiculous. It's just a joke.

"I agree with Home Office policy that not all names are acceptable, such as racial hate words or anything that invokes hatred. 'Fu-Kennard' is not offensive, and I object to them denying my chosen name."

Kenny is apparently a keen traveller who visited Sri Lanka just before his passport expired and planned to travel to Cambodia.

"I went camping down Sennen Beach last month for my week off. For my next leave, I have no plans as my options are limited.”