Man injured as tourists run from waves in Iceland

There’s an unsaid rule when travelling in a group, and that is to always listen to the advice of your guide. Otherwise this could happen... 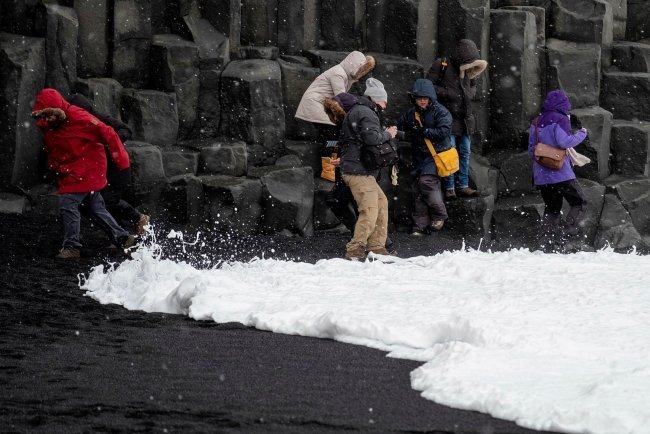 On a recent visit to Iceland’s Reynisfjara Beach, several tourists were swept up by a wave that snuck up on the black sand shore.

The incident was caught on video by tour guide, Thorolfur Sævar Sæmundsson, who warned the visitors not to go the shoreline.

“While the beach is safe 95 per cent of the time, sometimes we have high waves. People need to be careful,” he told Storyful.

In the footage, a man can be heard repeatedly calling the tourists “idiots”.

According to Iceland’s Visir news site, at least one foreign tourist was injured in a similar incident on the same day when he was knocked down by a wave.

Response teams were called to the beach at around 3pm to attend to the man, who suffered a shoulder injury in the incident, the Iceland Review reported.

Whilst beautiful, Reynisfjara Beach is well known for the sneaker waves that often catch visitors out, despite warning signs at the beach.

According to the Iceland Monitor, several people have died at the beach over the past few years, with a German woman the most recent victim in early 2017.