Which nations’ tourism sectors have been hardest hit by coronavirus? 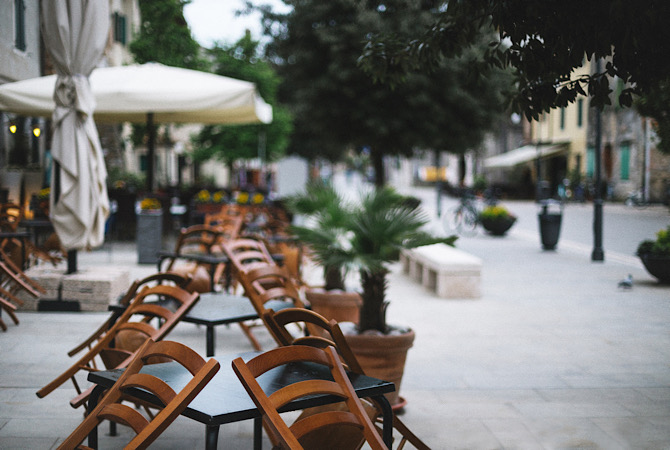 Australia’s tourism industry has been among the hardest hit in the world, placing eighth ($27.2b) in the top ten list.

But when it comes to the highest percentage of GDP lost per country, it is the world’s smaller nations that are suffering most.

“Even as we move into 2021, travel is still hugely unpredictable, with very little certainty on when we may be able to freely travel again, whether for work or leisure purposes,” Official ESTA International Development Director Jayne Forrester said.

“Countries around the world that rely on the tourism industry for their economy and jobs are seeing huge losses in revenue and GDP, and it is devastating to see a total loss of around $935 billion in the first ten months of 2020.

“As we move into a new phase of the pandemic, with vaccine roll outs now getting underway around the world, we can only hope that we can regain some control over the pandemic and ensure that it is safe enough for us to travel once more in order to prevent further losses to one of the largest industries in the world.” 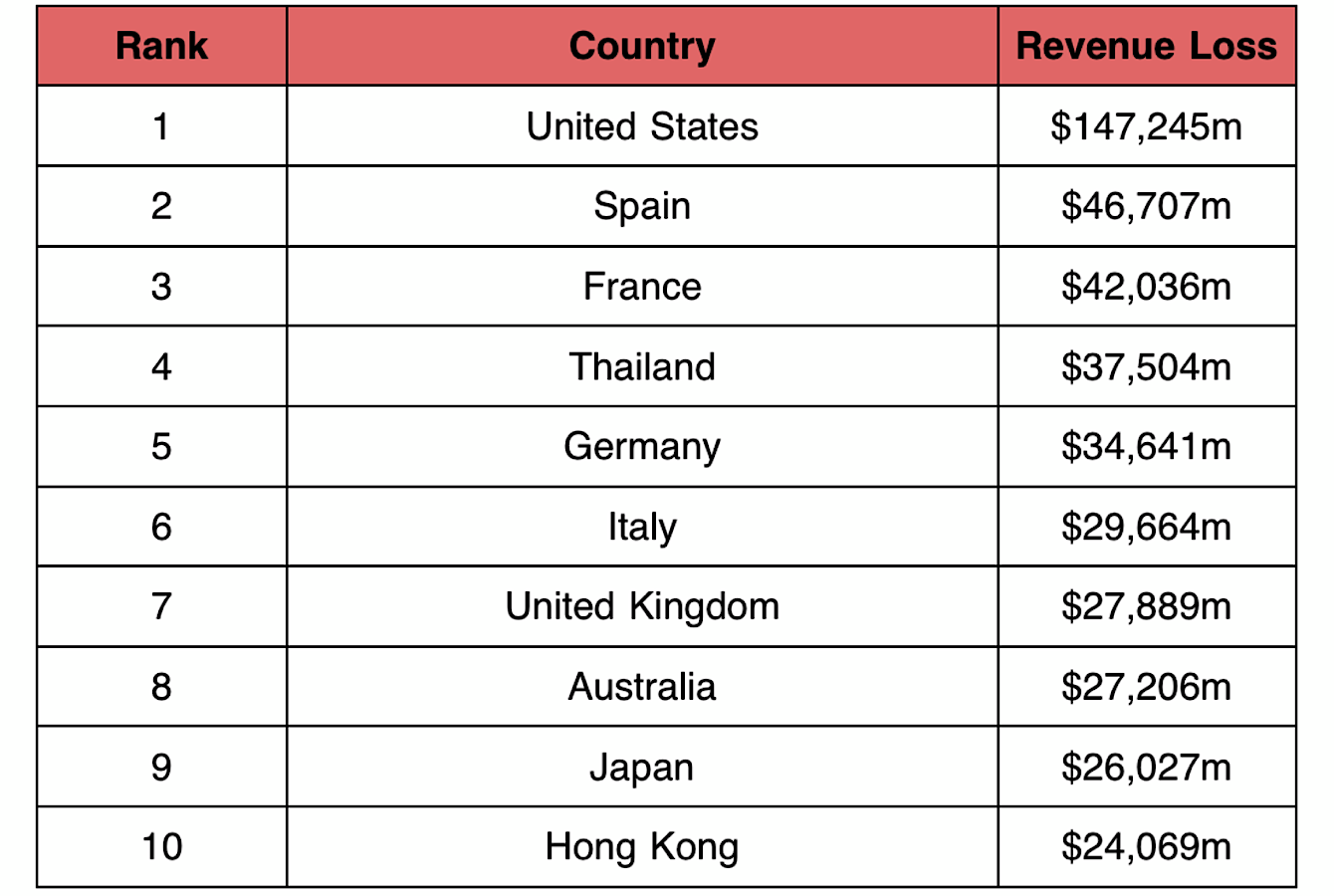 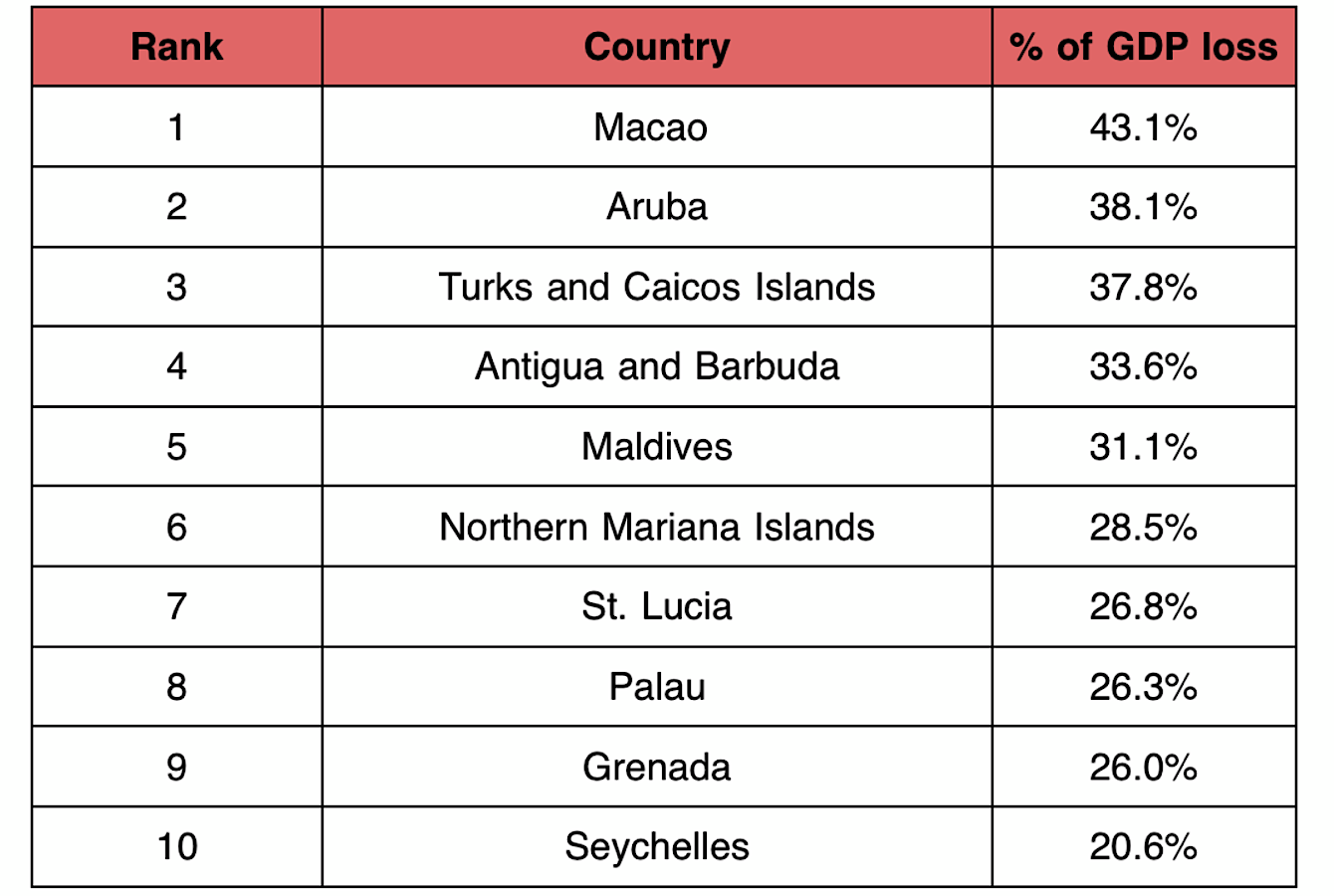