Most powerful passports not very useful in a pandemic

Remember your passport? Anyone else want to demand a refund for its lack of use for almost two years?

Well, it’s that time of year when the Henley Passport Index comes out. Here, passports are ranked according to the number of destinations their holders can access without a prior visa. It’s the kind of list you want to top.

But this year’s index shows that while there is cause for optimism, “it must be tempered with the reality that cross-border travel continues to be significantly obstructed”. You’re telling us.

According to the index, although some progress has been made, between January to March 2021, international mobility had been restored to just 12% of pre-pandemic levels in the same period in 2019. 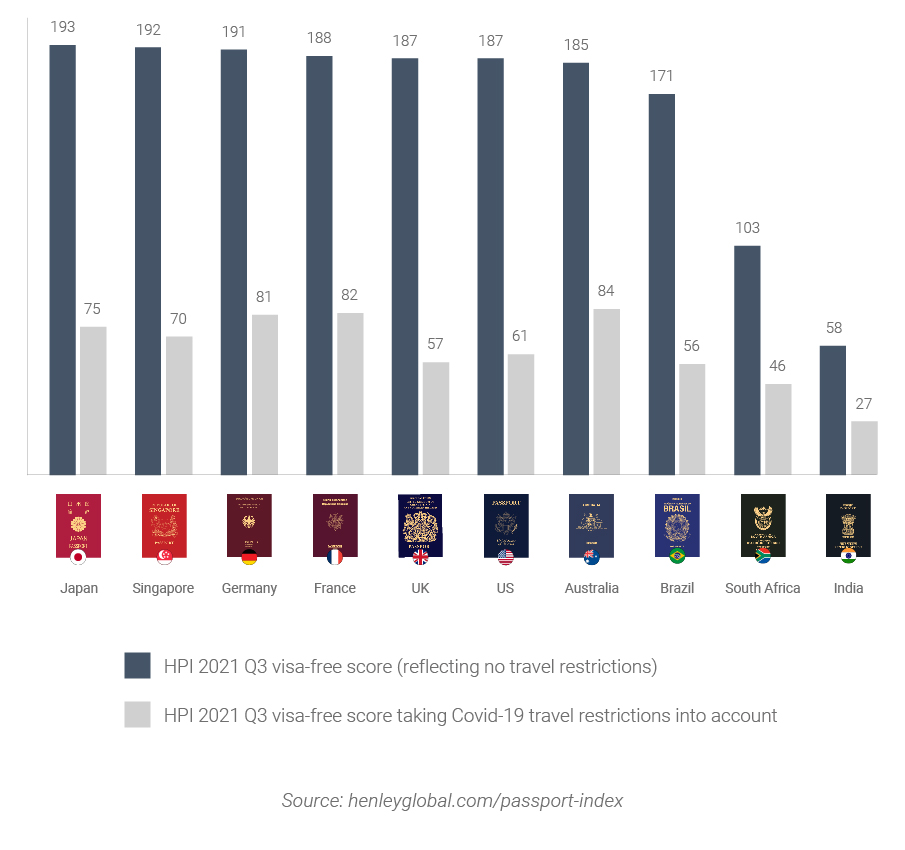 With the postponed Tokyo 2020 Olympics just weeks away, and the country in a ‘quasi’ state of emergency, Japan nonetheless retains its hold on the number one spot on the Henley Passport Index — which is based on exclusive data from the International Air Transport Association (IATA) — with a theoretical visa-free/visa-on-arrival score of 193.

While the dominance of European passports in the Top Ten has been a given for most of the index’s 16-year history, the pre-eminence of three Asian states — Japan, Singapore, and South Korea — has become the new normal. Singapore remains in 2nd place, with a visa-free/visa-on-arrival score of 192, and South Korea continues to share joint-3rd place with Germany, each with a score of 191.

There is a similarly gloomy outlook even in countries with highly successful Covid-19 vaccine rollouts: the UK and the US currently share joint-7th place on the index, following a steady decline since they held the top spot in 2014, with their passport holders theoretically able to access 187 destinations around the world. Under current travel bans, however, UK passport holders have suffered a dramatic drop of over 70% in their travel freedom, currently able to access fewer than 60 destinations globally — a passport power equivalent to that of Uzbekistan on the index. US passport holders have seen a 67% decrease in their travel freedom, with access to just 61 destinations worldwide — a passport power equivalent to Rwanda’s on the Henley Passport Index.