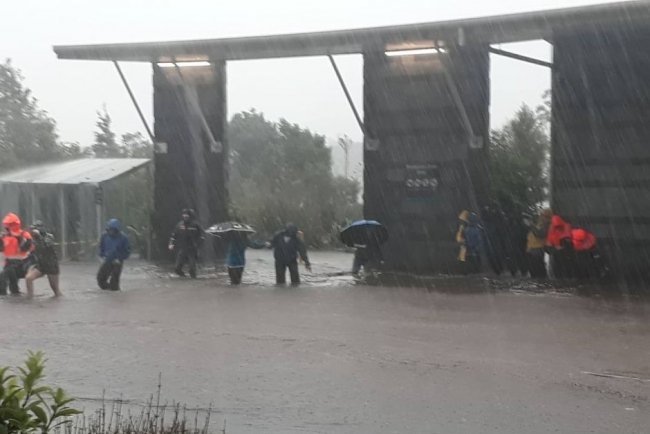 According to TVNZ, the evacuation of tourists in the Fiordland region by helicopter began during breaks in the weather, with stranded motorists the first to be removed from danger.

An evacuation of hikers stuck in huts and lodges in Fiordland has followed, but another 195 tourists will remain at NZ’s famous Milford Sound until at least tomorrow.

"Forecasts look better for tomorrow, so we will continue with plans to safely evacuate everybody in the morning," Emergency Management Southland controller Angus McKay remarked.

McKay added that it was safer for those trapped to stay at Milford Sound while flooding and road closures were in place.

"It's pretty bad in there, the weather isn't letting up, the rain is continuing to fall," Southland District Mayor Gary Tong told TVNZ1's Breakfast.

Mr Tong also said there had been a "considerable amount of damage" to property.

"There's the road in, of course, then the infrastructure in Milford itself, as well as the many walking tracks."