New super yacht is the star of the show

JON UNDERWOOD reports from Scenic’s night of nights, where there was more to celebrate than just the awards. 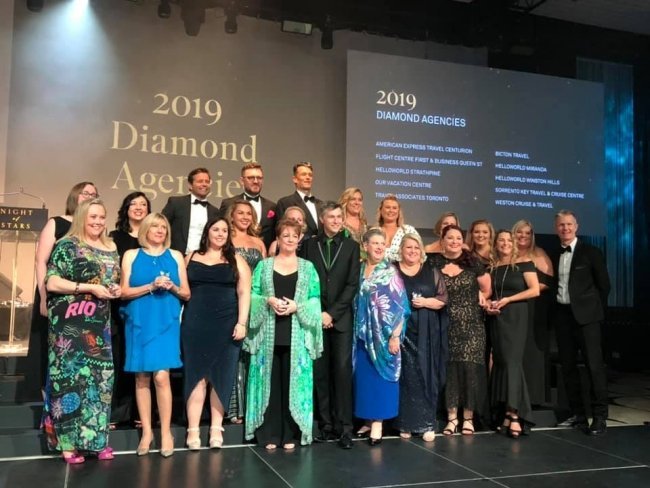 The ship will be launched under a new Emerald Yacht Cruises brand, part of the Emerald Cruises portfolio. 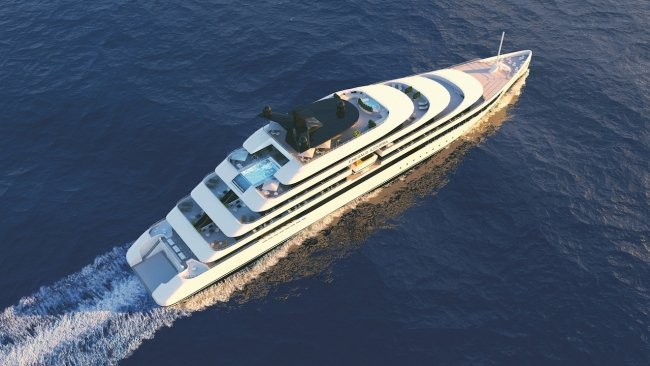 “The steel-cutting ceremony was on December 7 last year, the ship is already in full production and it will sail in July 2021,” he told the 260-strong audience at The Ivy in Sydney.

“It’s been designed specifically for warm water cruising - it’s been designed for the Mediterranean - and to provide all the public space, safety, stability and amenities that our guests would enjoy.”

Suites on the 110-metre Emerald Azzurra have been designed with a modern feel, en-suite bathrooms and quality finishes. More than 88 per cent of the suites, which start at 28 square metres, also feature a balcony. 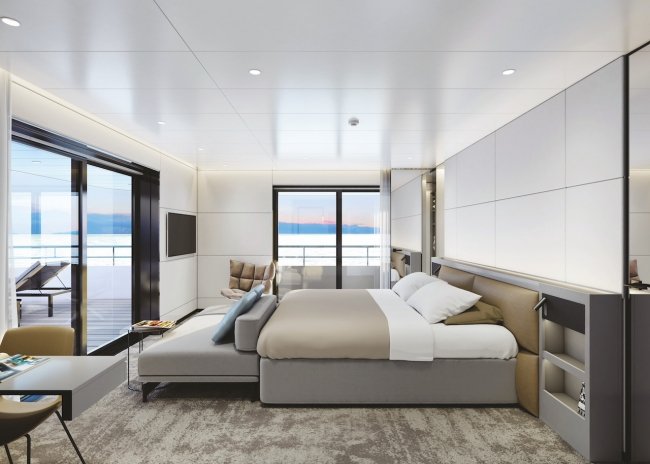 A suite on the vessel

Guests will have access to a special marina platform for a variety of activities, including paddleboards and snorkelling equipment. The ship also features three tenders and two zodiacs for shore landings.

Azzurra will cruise the Adriatic Coast, the Red Sea and the Mediterranean, offering guests an intimate, boutique yachting experience. As well as exploring the major highlights in these regions, travellers will also have access to smaller ports and harbours which can only be reached by small yachts, giving them the freedom to explore authentic local towns and villages off-the-beaten tourist track.

Mr Moroney also revealed that Scenic will be setting up their own shipyard in Croatia, where they intend to build Scenic Eclipse II, due for delivery in 2022. He said the move was to circumvent the build issues the company experienced with the first Scenic Eclipse. “We’ve decided to jump out of the boiling water and into the fire,” he said.

The eighth annual Night of Stars event saw 10 agents awarded Diamond status for 2019. Seven national honours were presented along with awards for the top offices in each state, for both the Scenic and Evergreen brands. Sara Puglia was announced as Sales Development Manager of the Year.

“The Night of Stars event is our opportunity to acknowledge and recognise the outstanding achievements of our consortia, agency partners and consultants during 2019,” said Anthony Laver, Group General Manager, Sales & Marketing Australasia.