It would be safe to say New Zealand Prime Minister Jacinda Ardern is a pretty popular leader among Australians.

But her stock, particularly among hard hit Aussie tourism operators, could go through the roof after the NZ PM paid a surprise visit to a number of hospitality businesses on a vacation to south-east Queensland and northern NSW last week. 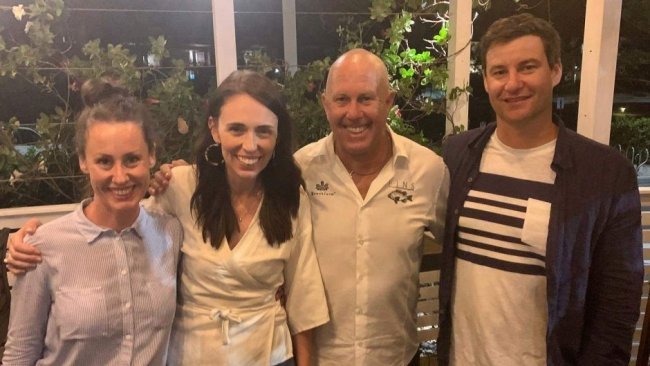 So important was Ms Ardern’s family holiday in the region - which took in Tamborine Mountain and Kingscliff among other places - that some experts have said it could provide a boost for post-bushfire tourism, the ABC reported.

“An important part of recovery after a major event is letting people know that destinations are open to visit," Griffith Institute for Tourism director Sarah Gardiner said.

"This is really important in terms of the rebuilding and getting people coming back to Australia again.

"Obviously she has got a huge following in New Zealand, and is a very popular Prime Minister, so I think it will get out there and people will think about the region as a place to visit.

“For the Tweed region particularly it is traditionally mostly a domestic tourism destination, and New Zealand only represents about 10 per cent of international visitors to the Tweed.” According to the ABC, business have struggled with lower visitor numbers since bushfires hit the Gold Coast hinterland and Scenic Rim in September.

"When she walked into the shop on Friday I was completely star struck, I was shaking a little bit but she put me at ease," said North Tambourine cheese shop employee, Kris Smith.

"There was absolutely nobody there when she came, it has been a complete downturn since the day the bushfires started."