Comparisons drawn with Miracle on the Hudson

A plane carrying 233 people has crash landed in a corn field just outside of Moscow after it struck a flock of birds. 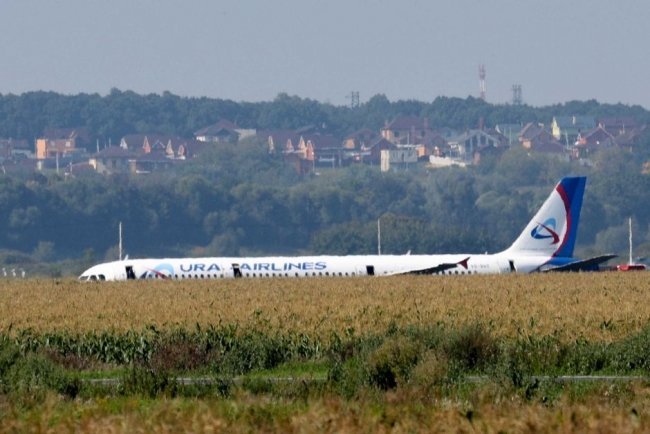 The Ural Airlines A321 had only just taken off when it hit trouble, forcing it into an emergency landing apparently without engines and landing gear.

According to the emergencies ministry as cited by local press, up to 74 people, including 19 children were hospitalized, but no one was killed.

According to Reuters, the Kremlin has hailed the two Russian pilots for miraculously saving the lives of all onboard.

“There’s no doubt about this. They will be given awards.”

Dubbed the “miracle over Ramensk” by Russian state television, the incident has drawn som comparisons with US Airways Flight 1549 which landed on the Hudson River in New York in 2009 after striking a flock of geese.

“Five seconds later, the lights on the right side of the plane started flashing and there was a smell of burning. Then we landed and everyone ran away,” he stated.

Another flyer said passengers were not warned that they were making an emergency landing.