Want to pick up a new language? These ones apparently offer you your best shot at fluency…

Learning a foreign language is never easy (and don’t let the linguistically talented Swiss or Belgians fool you into thinking they're not – they spend years and sometimes decades mastering their several lingos). But some foreign languages are obviously less difficult than others. 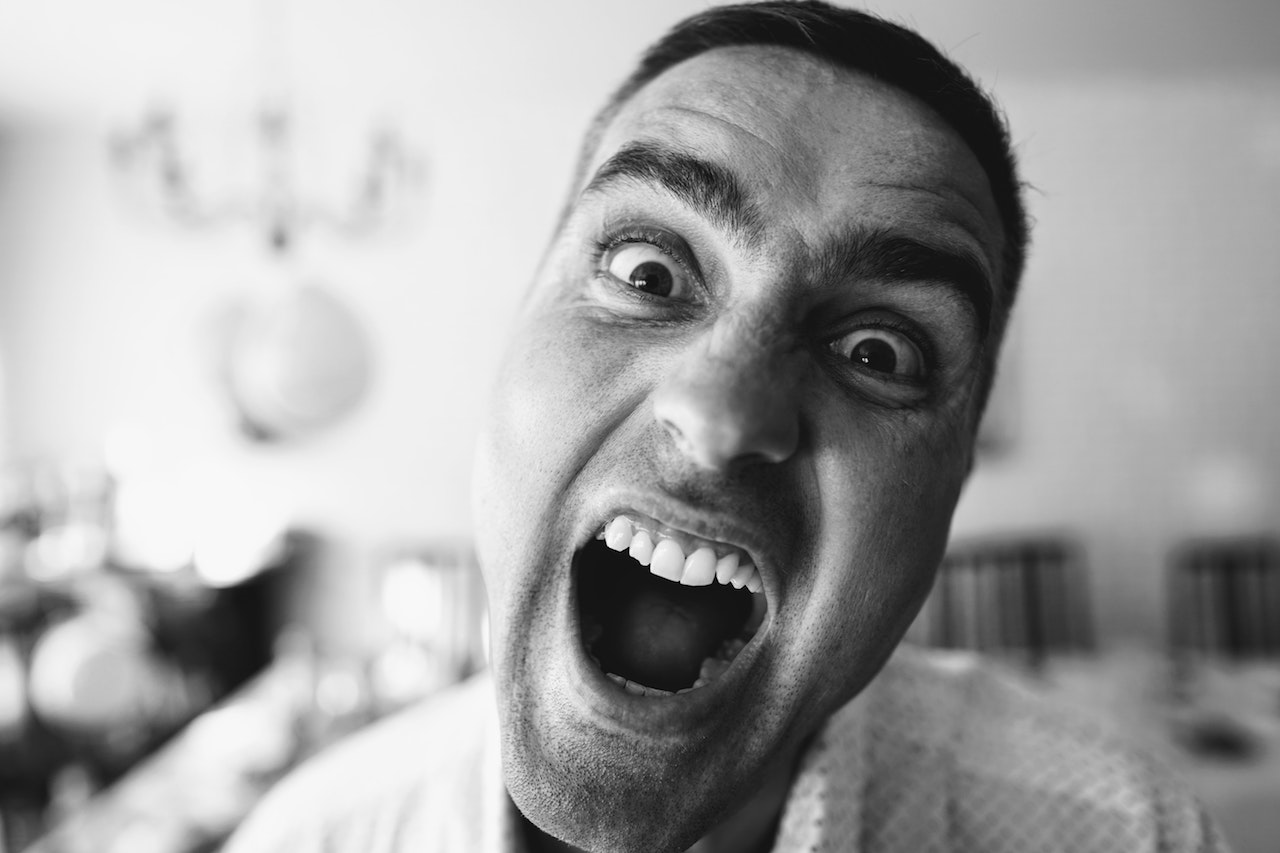 After calculating the average time it takes to learn the world’s top 20 languages, as well as polling 6,250 students on why they quit learning a language, UK training company TheKnowledgeAcademy revealed that Dutch could well be the easiest foreign tongue to master.

According to TheKnowledgeAcademy’s findings, learners of the Dutch language continue with their studies longer than any other pupils, with those dropping out still completing 89.7% (or 26 out of 29) of lessons.

Spanish was also deemed one of the easier languages to learn, with a completion rate of 86.2% among the non-finishers polled. 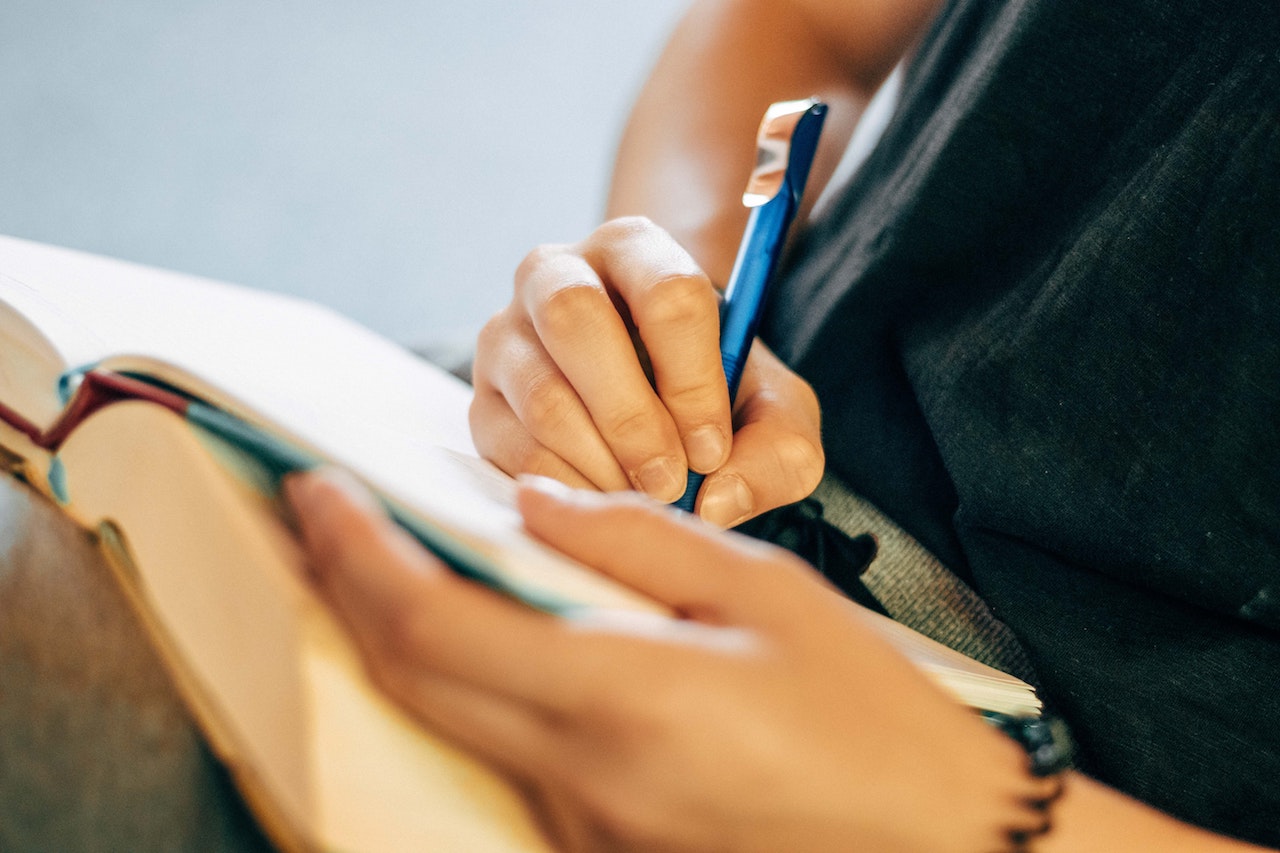 So which language learners give up the quickest? According to this study, learners of Arabic are most likely to quit before anyone else, with students likely to give up an average 42.3% (in 20th place) of the way through their course.

Despite being the world’s most commonly accepted lingua franca, English finished 15th out of 20 (59.6%) in terms of completion.

When asked why they quit, four in ten (42%) students said they lacked motivation, three in ten (31%) claimed their language was too hard, 15% blamed a lack of resources, and 8% said they gave up because of their inability to reach the next level of fluency.

Have you ever taken up a language and then quit? Why did you give up? 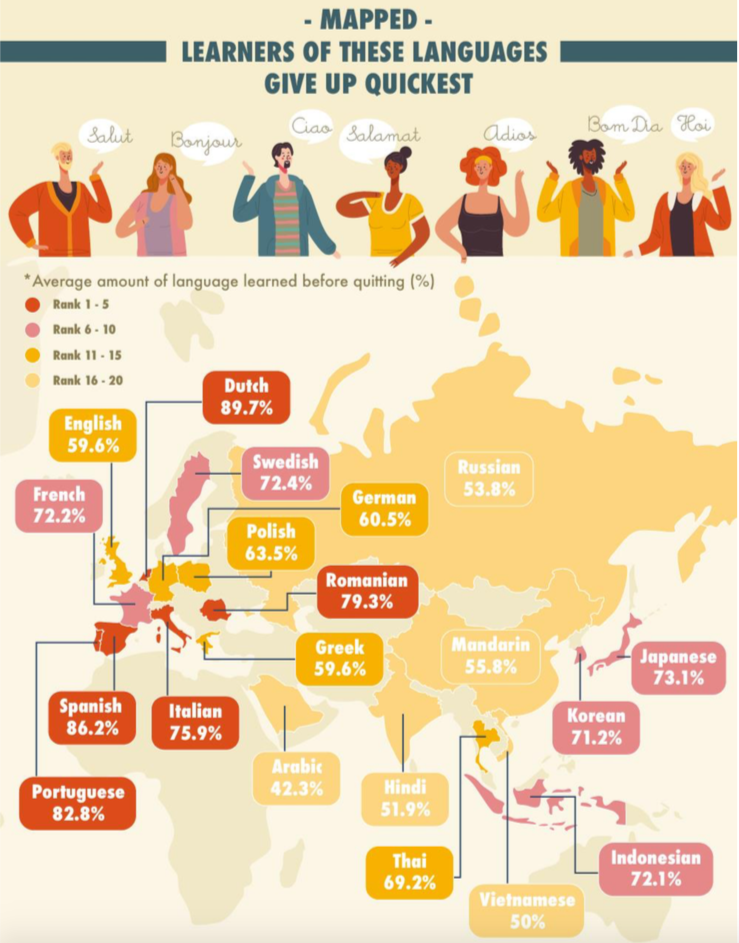