The little Aussie company that could

Aurora founder reveals the secrets to their success

When you’ve stood on the summit of Mount Everest, all other achievements might somewhat pale into insignificance.

But at a media lunch in Sydney this week, Aussie legend Greg Mortimer made it clear that one accomplishment he’s still really proud of is founding the expedition company, Aurora.

Mortimer was one of the first two Australians to climb Everest without oxygen. A recipient of the OAM, he founded Aurora with wife Margaret in the early 90’s. Although he sold the company a decade ago, his legacy lives on – the company’s new vessel will be named after him when it launches in October. 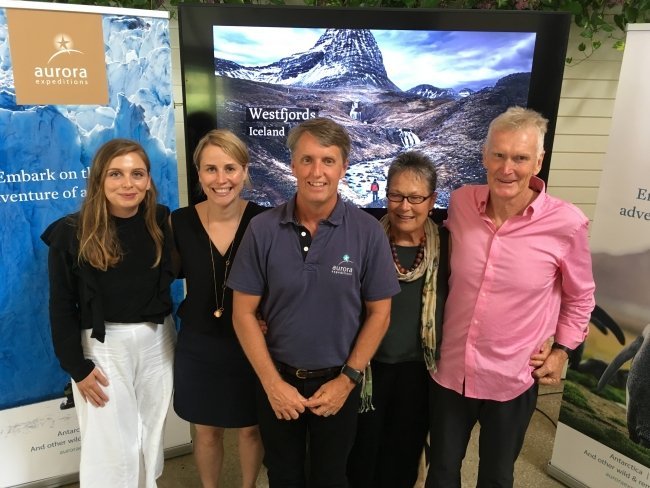 “What a pretty amazing time it is for a little Australian company. To have a world-leading ship under its belt pretty soon is a very exciting thing,” he told travel trade journalists, who’d gathered to hear about the company’s latest brochure.

“A lot of work has gone into this new vessel and being able to build a purpose-built expedition vessel from the keel up, that’s a great joy.”

Mortimer was one of the first to pioneer expeditions in Antarctica but even when he started Aurora, raising the bar in environmental awareness was a fundamental concern. He admitted that he faced a constant dilemma balancing the need for Aurora to grow with the environmental impact that would have on wilderness areas such as the Arctic and Antarctica.

“It doesn’t mean we have religious zeal to change our habits as an industry. But it is a constant reminder of us attending to the environmental concerns that are important in these wildernesses.”

Mortimer paid tribute to the expedition cruise industry for coming up with regulations to protect wilderness areas and to Aurora for sticking to the core values he and his wife instilled.

“I’m a geologist/climber bloke, but I saw in the early 90s that going with small groups of people to somewhere as wild as Antarctica – to the end of the world – had a powerful impact on people.

“That has been instilled throughout time in Aurora’s DNA – we want to have an impact on people.

“But to go there and do it justice, I think you have to take some risks. But that’s something Aurora does very well – handing customers the baton and letting them step outside their comfort zone. That’s the secret of a good expedition trip.”

A range of special offers are available if booked before March 31, 2019