Finding the odd bit of treasure washed up on your local beach can be a pleasant surprise, but for Martine, it could have been worth millions...and a stint in jail.

Martine was walking along the Porge beach in France with a friend, oblivious to signs advising the beach was closed.

"When we turned around we saw a package next to the water," she said.

The package was filled with an estimated four kilograms of extremely pure cocaine, worth millions of euros, AFP reported.

"It would have been tempting to take it, but we're honest," Martine said, who alerted the police to the package.

Almost 900 kilograms of the cocaine and other drugs have washed up along the Atlantic coast since mid-October, prompting police to close beaches and carry out patrols along the shore. 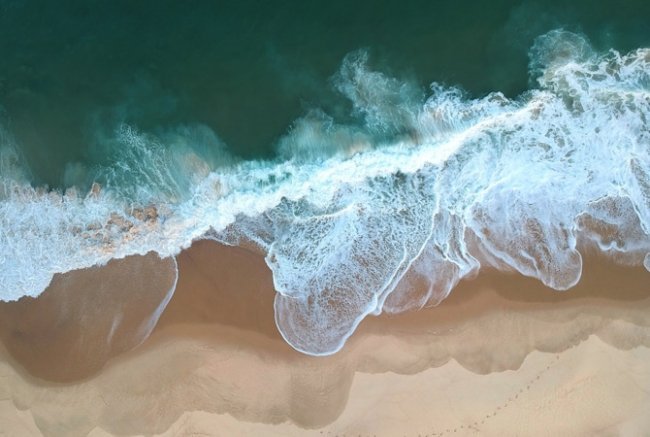 Earlier this week a teen from Toulouse was found with five kilograms of cocaine in Lacanau, a surfing beach near the southwestern city of Bordeaux. He had reportedly driven some three hours.

A police helicopter is also being used to monitor the 125-kilometre stretch between Cap Ferret and Soulac-sur-Mer, which includes the Lacanau beach.

Officials have warned those who may find the packages not to touch them as the cocaine is extremely pure at some 83 per cent, and if taken in its current form could lead to an overdose.

The office of Philippe Astruc, the prosecutor in the western city of Rennes, where officials are coordinating the searches, said in a statement that 872 kilograms has been recovered and "intense surveillance has been set up by different services, notably the customs agency, all along the French coast".

Officials have reported the drugs turning up on beaches near Nantes all the way to the resort town of Biarritz, more than 500km to the south.

French investigators are working with their international counterparts to try to determine why the drugs are washing up.

"There are several hypotheses, but for the moment we think it's likely they were jettisoned because of a mechanical problem or during a storm," Astruc said.