Following the recent news (Monday 23 September) that Britain’s oldest travel agent has collapsed, GlobalData Head of Thematic Research Cyrus Mewawalla said Thomas Cook’s collapse was ”a direct result of the company’s failure to understand the disruptive themes that have been impacting its industry over the last decade and act decisively to combat them”.

“The company’s cessation of trading follows a failure by its management to recognise the impact on the travel business of mega-themes such as ecommerce, big data, artificial intelligence and, of course, the sharing economy - epitomised by Airbnb,” he said. 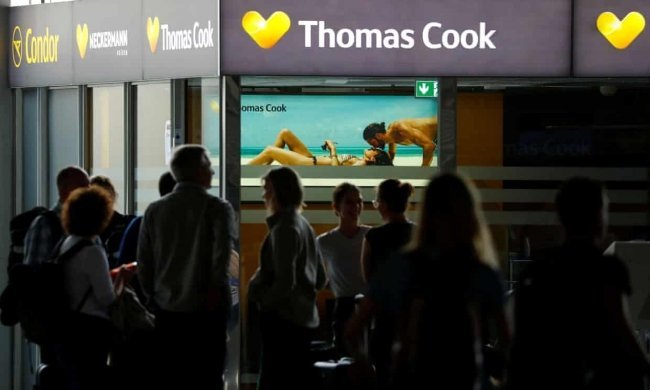 “Thomas Cook’s management failed to comprehend the impact the key themes of accommodation sharing and online travel would have on it. Had it invested early in these disruptive technology themes, it could have been a very different story.

“In 2010, Thomas Cook’s market capitalization was around $3.2bn. In the same year, Airbnb was worth around $100 million. Had Thomas Cook had the foresight to invest in Airbnb when the sharing economy theme was in its infancy, it would not be in such dire straits. Today, Airbnb is estimated to be worth over $30bn, while Thomas Cook’s business has collapsed.

“It did not need to end this way. As Thomas Cook’s demise has proved, viewing the world’s data by themes makes it easier to make important decisions. Companies that recognise and understand the disruptive themes impacting their business and invest in them become success stories; those who miss the big themes in their industry, as Thomas Cook did, end up as failures.”

Nick Wyatt, Head of Research and Analysis for Travel and Tourism at GlobalData, said Thomas Cook's ‘devastating’ collapse should be a warning to other tourism operators as online sales continue to grow.

"Thomas Cook’s demise was catalyzed by an accelerating consumer preference for booking holidays online with the UK online travel sales market value set to grow by 6.3% between 2019 and 2020 and 8.4% between 2020 and 2021 according to GlobalData forecasts.

"The age of the typical package holiday tour operator is changing as increasing numbers of holidaymakers use online sites to put together their holidays themselves. The proliferation of internet resources (which range from review sites to booking platforms) has allowed the holidaymaker to play travel agent themselves, thus reducing the need for the services of companies like Thomas Cook.

"Millennial and independent travellers in particular are directing more of their holiday spend online where tour operators like Thomas Cook face fierce competition and this has proved catastrophic.

"Thomas Cook had succeeded in securing a £900m rescue deal led by Fosun just last month but the requirement for more funds has proved too rich for lenders and last-ditch attempts to secure the funds failed.

''Tour operators with a similar strategy and core values should now reconsider their growth strategies, listening to both consumers and employees within their workforce on how to move forward. With changing traveler attitudes this further accentuates how innovation and modernization are key for continual growth in today’s tourism industry.”