This past week has seen chaos on the streets with violent protests erupting in Chile, Spain and Lebanon. This follows months of ongoing riots in Hong Kong in what has been called ‘the worst unrest in a decade.’ As a result travellers headed abroad may be questioning their travel plans amid global tensions.

As a response to rising metro prices, protesters descended upon Santiago last weekend with chaotic scenes marking a call for equality. Arson attacks, beatings and lootings culminated in 11 fatalities and a declared ‘state of emergency’ by President Sebastián Piñera. 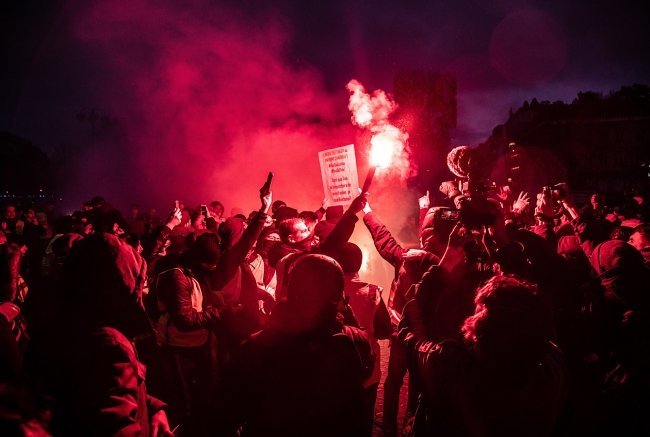 Similarly those travelling to Spain have been urged to use caution as protests calling for Catalonia’s independence turned ugly. Barcelona's El Prat airport was forcibly closed after rioters stormed its entrances, leading to the cancellation of a hundred flights. Nearly 400 people have been injured as a result of the protests.

And Lebanon too has caught global attention with citizens taking to the streets to challenge government corruption.

Does travel insurance cover for riots and strikes?

Natalie Ball, director, Comparetravelinsurance.com.au says that tourists affected by riots may be eligible to claim on their insurance.  Those who haven’t yet invested in travel insurance are urged to do so.

“Generally speaking those already with comprehensive travel insurance policies would be eligible to claim in the event that their travels are affected by protests and strikes. This would include cover for all relevant, out-of-pocket expenses, accommodation, transport and cancellation costs.”

However, once disruptive events are known, Ball says that those who hadn’t yet bought insurance would be unlikely to claim.

“The key to travel insurance is to buy sooner rather than later. World issues can erupt at unpredictable times and panic purchasing won’t guarantee your cover.”

While travel insurers are unlikely to provide coverage for an event which is known, several, including 1Cover and Zoom Travel insurance have taken steps to highlight their cut-off dates.

“Both these insurers have stated that policies purchased after 9am on the 21 October would not provide coverage for the protests in Chile. Other insurers will have similar cut-off dates but you would need to contact them directly to find out.”

As of October 21st, DFAT’s Smart Traveller website has raised its advice level to Chile’s capital region and additional areas. Australians are urged to ‘exercise a high degree of caution’ as a result of the violence.

Although the official travel level to Barcelona and Lebanon has not been raised (as of October 22nd), Smart Traveller advises that tourists avoid ‘demonstrations, monitor media and follow the advice of local authorities.’

Ball says that as tensions continue to flare in all the above regions, tourists should consider the risks.

“Recent world events have highlighted how quickly peaceful protests can escalate. Thousands of travellers plans were impacted by Hong Kong’s riots and those who had sufficient coverage would have had their extra costs covered. These unforeseen events are exactly what travel insurance is there to cover.”

Ball adds that it’s important to understand the current conditions that apply to your policy.

“Pay attention to the details of your policy as not all insurers cover strikes and civil unrest. Look out for any exclusions that may apply to your cover.”

Ball concludes, saying that travellers should look beyond price and rather focus on their needs and the type of cover they can ultimately depend on.

“As a general rule, lower-priced, basic policies would not provide cover for cancellation or travel delays.  It is imperative that customers know the type of cover they require.  When in doubt, buy comprehensive travel insurance as soon as you’ve booked your flights to make sure you’re covered if you need to cancel your trip.”