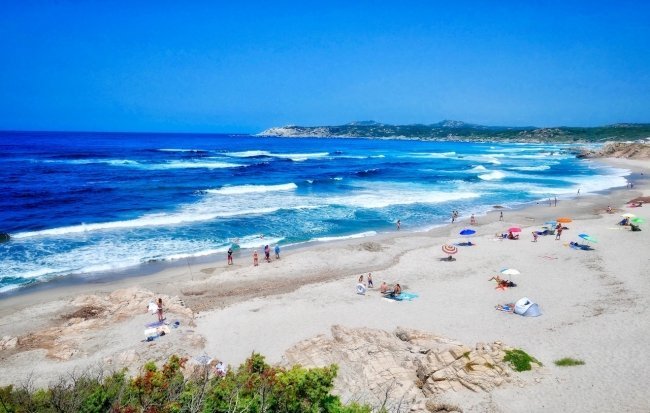 A beach in Sardinia

According to euronews, environmental protection authorities caught the man at Elmas airport with a plastic bottle of fine sand.

"These behaviours not only harm the environment but also compromise the maintenance of the coastline for the sustainable development of tourism in Sardinia," an official statement said.

In August 2019, a French couple were arrested in Sardinia for the possession of 14 plastic bottles containing some 40 kilograms of sand; the pair were trying to leave the Italian island on a car ferry.

White sand on Sardinian beaches is considered precious, with signs in several languages warning visitors that it is prohibited to remove sand or rocks. Clearly, not everyone is down with that though...

Once considered a safe haven within a country that at one point had been the epicentre of COVID-19, Sardinia has now been labelled a coronavirus hotspot.

According to The Guardian, bars and irresponsible socialising have been blamed for the steep rise in cases among holidaymakers on the island.

Former Italian prime minister Silvio Berlusconi is among those to have recently contracted the virus in Sardinia after returning from his villa on the Costa Smeralda.