Michael Saarloos is the last florist at Amsterdam’s floating flower market, the Bloemenmarkt, and he’s shutting up shop because of tourists. 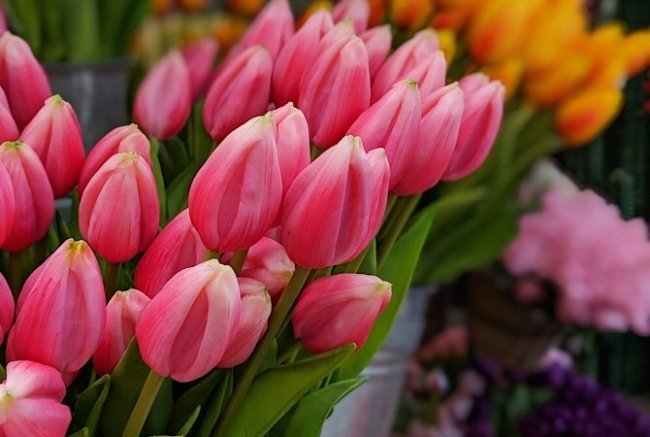 According to Saarloos, large groups of tourists crowd out his customers, and have changed the nature of the market, which he claims is now more interested in catering for tourists rather than locals.

The 16 stalls at the floating market are now dominated by vendors selling clogs, magnets, young cannabis plants, wooden and plastic tulips and bulbs, The Guardian reported.

“I have had enough of all the tourists who ruin my trade,” Saarloos told Dutch newspaper De Trouw.

“If they are here with a group, I can no longer serve my own customers.”

While there is a rule that stipulates that only 25% of any stall at the market can sell non-plant related products, Saarloos has accused Amsterdam central borough council of failing to enforce the rule.

Saarloos, who worked at the stall for his father-in-law for 25 years before buying it from him 20 years ago, said that while “there is another flower man here, he mainly sells bulbs. I am the only one who gets his hands dirty with making bouquets”.

“In the spring, people from Amsterdam came to fetch plants for their garden or on the balcony,” he said.

“There was always a lot to do. But all those cheap flights flood the whole of Europe. All day long the florist has to shout what I’ve written on the signs: ‘Do not photograph!’

“I asked the municipality for help a few years ago. I am drowning, I said, because of what you allow in other stalls. It is full of magnets here.”

The Bloemenmarkt was founded in 1862 and is promoted by the Dutch tourist board as a world-famous attraction within the Unesco-listed canal ring.