Smart travellers know their limits, research their destinations, choose an expert guide and adjust their plans as necessary. But even smart travellers misstep once in a while.

Here are the slip-ups that can most likely side-track a trip and advice from Global Rescue experts on how to avoid them. 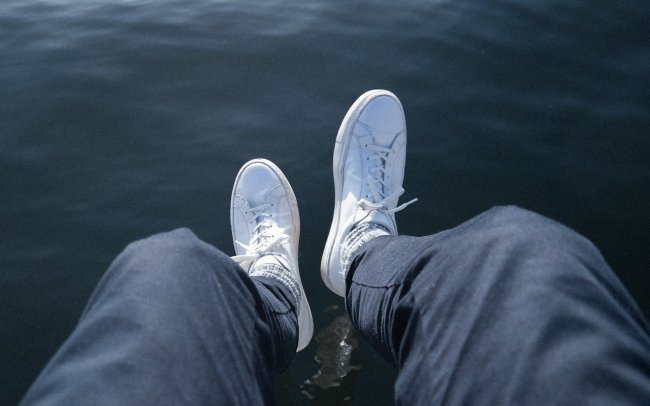 White sneakers? You're a tourist!

The majority of travellers (75% of respondents) admit to over packing for a trip. The percentage decreases with age: 100% of travellers 25 and younger over packed while only 84% of travellers ages 30 to 39 stuffed their suitcase.

Matt Napiltonia, a Global Rescue senior operations manager, shares his packing secret: “Pack light and buy what you need there.”

About 40% of Global Rescue members create an overly ambitious itinerary.  “You want to do and see everything on that trip to Spain, for example, but when you get home decide that you wish you had more time to explore nature or relax on the beach,” Napiltonia said.

You spent all this money on a holiday, but what measures did you take to protect your health or security? “Travellers just don’t think a medical emergency is going to happen to them,” says Napiltonia.

This mindset appeared in 38% of respondents.

Tipping in Japan is considered rude, there’s no need to tip at restaurants in Denmark and you should tip using the British pound in England. It’s no wonder survey respondents (35%) are worried about tipping appropriately while travelling.

If you plan on charging camera batteries, your smartphone, or using a hairdryer, you’re going to want to remember your international plug adapter. Almost a third of respondents (31%) left their adapter behind.

In the rush to stay hydrated while on the go, 29% of respondents drank unsafe water while travelling.

“It’s a mistake that’s easy to make,” says Napiltonia. “Even I’m not as cautious as I should be when I’m eating.”

Not being aware of cultural differences and similarities in the country you’re visiting could ruin a trip, and 18% of survey respondents worry about being culturally insensitive.

The survey found 17% of respondents neglected to make a passport copy before they traveled.

“Consider keeping electronic copies of vital documents like your driver’s license, too,” said Harding Bush, Global Rescue associate manager of operations. “The more identifying information you have on hand, the easier the replacement process will be if something happens.”

What mistakes were missing from the travel survey? Here’s a few from our Global Rescue operations experts.

The 2020 Annual Global Rescue Travel Safety Survey was conducted 22-28 January 2020. The study results are based on a survey of 2,400 Global Rescue members.

What do you think of these mistakes? How many are you guilty of making?