Controversial figure wants to put cash ahead of creed

One Nation leader Pauline Hanson has called a ban on climbing Uluru “ridiculous”, saying the move was comparable to shutting down Bondi Beach. 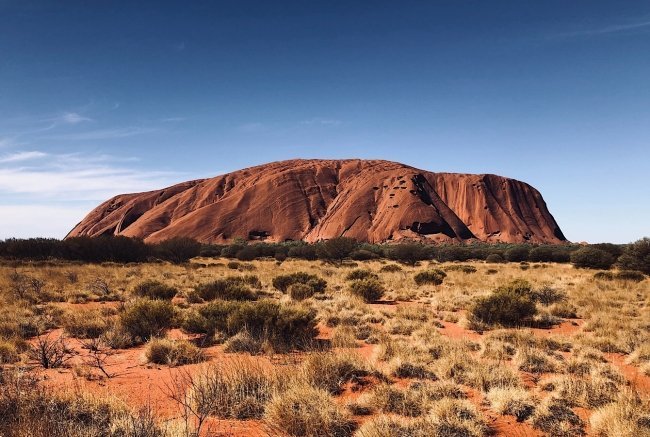 The ban on climbing Uluru was announced by the Uluru-Kata Tjuta National Park Board in 2017 and will take effect in October.

“The fact is, it's money-making. It's giving jobs to the Indigenous community, you've got over 4-500,000 tourists a year that want to go there and climb the rock," she told the program.

“It's no different to saying we're going to close down Bondi Beach because there are some people there that have drowned. How ridiculous is that! This is an iconic site for all Australians."

“I can't see the cultural sensitivity when people have been climbing the rock all these years and all of a sudden they want to shut it down? I don't get it, I really don't get it."

Ms Hanson’s remarks have caused a backlash on social media.

A friend of mine is down at Uluru at the moment & sent me this picture - saying it’s the busiest they’ve seen it, & there’s cars parked either side of the road for about 1km leading up to the car park at the base. pic.twitter.com/3cGQVUTYHd

Recent photos have emerged of tourists rushing to climb Uluru before the ban takes effect, with one photo shared by ABC Alice Springs showing a kilometre-long line of tourists.

Uluru is considered sacred by the Anangu Aboriginal people, who are the traditional owners of the rock.